Posted on December 26, 2012 by Brad Christensen 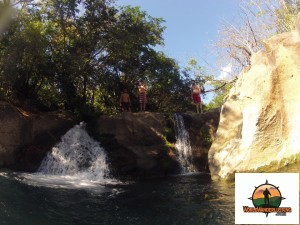 My brother just returned from a trip to Costa Rica early this morning.  His trip was full of  Gallo Pinto, beaches, and Pura Vida.  He spent a week of paradise enjoying everything that Costa Rica has to offer.  His trip there went as planned, but his return trip had a few twists and turns.  This post is to tell you why travel points are much better than using buddy passes.

In my early days (Before I started accruing points & miles) I envied a buddy pass more than most things in life.  The idea of flying for cheap on an airline to somewhere far from home was exactly what I’d pictured.  In many cases this is exactly what you get, a cheap flight where you pay taxes and a small percentage of the adult fare.  However, it isn’t always so easy.

The worst part about buddy passes is that you have to fly on standby.  This means that because you’re not paying much for the seat, they’d rather give it to someone who has actually paid for the flight.  So, if they’ve overbooked the flight, you’re not going home, or to your destination when you had originally anticipated.

Using airline points or miles, in contrast, provides a guaranteed seat on the plane.  It also gives you the option of giving up your seat (getting the bump) in exchange for credit on a future flight.  With the buddy pass you don’t even get this option.  They just tell you you’re not leaving.

Tyler’s experience with the Buddy Pass 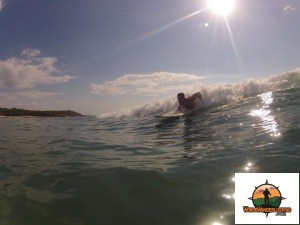 His friend, who works at JetBlue, invited him along on the trip after a grueling semester at college.  This friend had  a few extra buddy passes laying around, and told my brother that he could use one to cut down the cost of the trip. What would normally cost $600, was cut down to $199.76.  Not too shabby considering the taxes alone were probably $100.  That means he only had to pay roughly $100 of the fare.

Of course my brother was excited about the trip as I had already informed him of a few wonderful things to eat and do in Costa Rica.  His break was much needed after a week of tough finals.  His trip was going to be perfect.  They would be flying from SLC to Liberia, Costa Rica, via JFK.  Their flight out was incredible and they arrived just as scheduled.  The week in Costa Rica was everything that he had imagined.  They enjoyed the beaches, volcanos, the food, and the relaxation.

They left Costa Rica just fine, but getting out of JFK is where they ran into trouble.  Obviously the fact that it was close to Christmas added fuel to the fire.  They realized when they arrived at JFK that they wouldn’t be making the flight, so they quickly had to make some hotel accommodations.

Missing Christmas was becoming a higher probability by the moment.  The mood of the vacation changed, and everyone started getting grumpy.  It’s like having a wonderful meal at a buffet and the final tastes on your tongue still linger in your mouth until you accidentally grab some nasty tasting dessert and it ruins the flavors of the meal.

FOUR DAYS LATER they finally got on the plane and were able to make a trip to Salt Lake City.  Although he was able to see parts of NYC in addition to Costa Rica, it cost him a significant amount more as a result of the four additional days in New York.  Not even mentioning the lower morale amongst his compadres who were all disappointed about the extra expenditures too.

Why use Airline Points?

Our objective at WorldWanderlusting is to help you to acquire as many frequent flyer miles (airline points) as possible with the least amount of effort, and then to help you to plan some amazing trips that you’ll remember for a lifetime.  It’s that simple.  There are very few reasons that should stop you from traveling the world.  Don’t allow silly excuses like, “I don’t have any money,” “I have children,” or “Where would I go?” stop you from seeing the world.

US Airways just updated their credit card which is offering 40,000 US Airways Dividend Miles for their current offer.  If you want to know where that’ll take you, check out their dividend miles redemptions.

It does have an annual fee of $89 that you’ve got to pay the first year, but that is cheap flying!  Also keep in mind that you get a 5000 Dividend Miles discount for having this card on your redemption.  So a flight that would normally cost 25,000 will only cost 20,000 because you’ve got this card.  Awesome!

It is also possible that they approve you for a lower bonus depending on their criterion, so that is always a possibility.