In 2011, I thought I’d save some money by flying standby on a buddy pass with a pilot friend of mine to see the Boise State/Georgia game in Atlanta.  I should have known better, but at that point I was young in the game of accruing points and miles to make travel almost free. 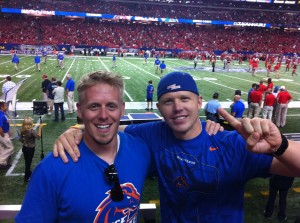 We couldn’t get on the first flight because there wasn’t enough room, so we waited for two more hours and then got on a flight that took us to Detroit.  From Detroit, we couldn’t get straight to Atlanta, so we had to take a flight to Nashville.  Begging and pleading, we barely got onto the last flight from Nashville, and if that wouldn’t have worked, we’d have had to do a one-way car rental.  By the time we arrived, we’d wasted an entire day.  The flight home wasn’t much better and I had to pay something like $300 in fees and taxes. Ugh.

By the time the Michigan State game came along in 2012, I had become an aggressive frequent-flyer-mile hunter-gatherer, and I pulled off an amazing SLC-TAMPA-DETROIT-SLC triangle for $30 and 26k points on Southwest Airlines that allowed me to see the Republican Convention and the Boise State/Michigan game – both of which ultimately resulted in an abundance of tears, but were still fun while I was there.

Now, as Bronco fever overwhelms me with our new coach Bryan Harsin and a exciting future we’re attacking, I’m plotting my almost-free trip to Atlanta to see the Broncos play the Rebels in the Chick-Fil-A kickoff game in August and wanted to share my secrets with fellow blue-blooded Boise State fans.

Lately we’ve raved about the US Airways Premier World Mastercard because it’s a perfect example of what WorldWanderlusting is all about – do a little, pay a little, and get a lot of almost-free travel.

I know the miles booking process can be a little intimidating, but it’s actually really easy. I looked just now and found that I could fly out on the 26th and back on the 31st for $35 and 25K (minus 5k) US Airways miles. Add that to the $89 and you’re up to $134. I know it’s one of those things that sounds too good to be true, but it really is that easy. 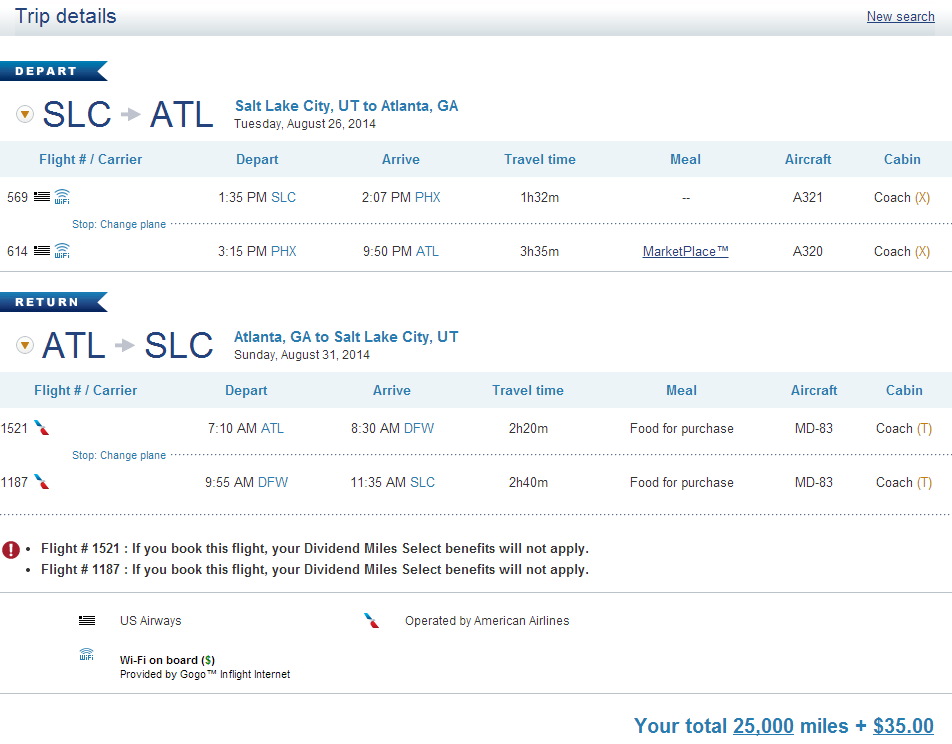 Wait, but could I do the same thing for a hotel?

You greedy little bastard. I love you.  You think like I do.  Two Fiesta Bowls isn’t enough, right? You want the National Championship? Yes, you are a blue-bleeding Bronco fan. Now, let’s get you that free hotel, too.

Probably my favorite hotel-point credit card is the Club Carlson Premier Visa.  It’s my favorite because there’s this freaking sweet perk that few people really understand – it’s called “Last night free” and it means that when you book a stay with your points, you get your last night free. 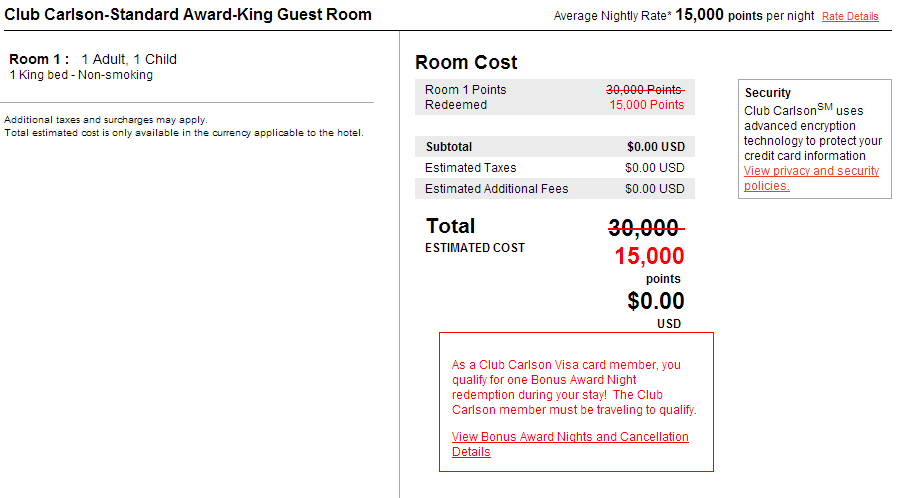 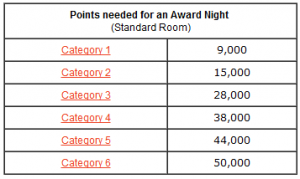 Club Carlson is the loyalty points program for Radisson and Country Inn and Suites Hotels. It works like most other hotel programs in that they divide their hotel inventory into categories – lower point redemption for lower level, higher for higher. As you can see here, the sweet spot is to find the category 1-3 hotels and use your points there.

Wait, what points?  We haven’t gotten them for you yet. Well, it’s almost as simple as the airfare and a little shorter since we’ve already established that you can be responsible and never charge anything on a credit card that you won’t pay off immediately (and resolved your doubts about how bad doing stuff like this will destroy your credit by reading Doesn’t it hurt my credit).

Ok, now you’ve got at least 50k points and you’re in luck because Atlanta has a bunch of Country Inn and Suites hotels (which I love because of their delicious breakfast spread and warm cookies on check in). While there are many more, I’m going to isolate our search to those that are close to the airport and it works nicely because there’s a category 1, 2, and 3 offering. 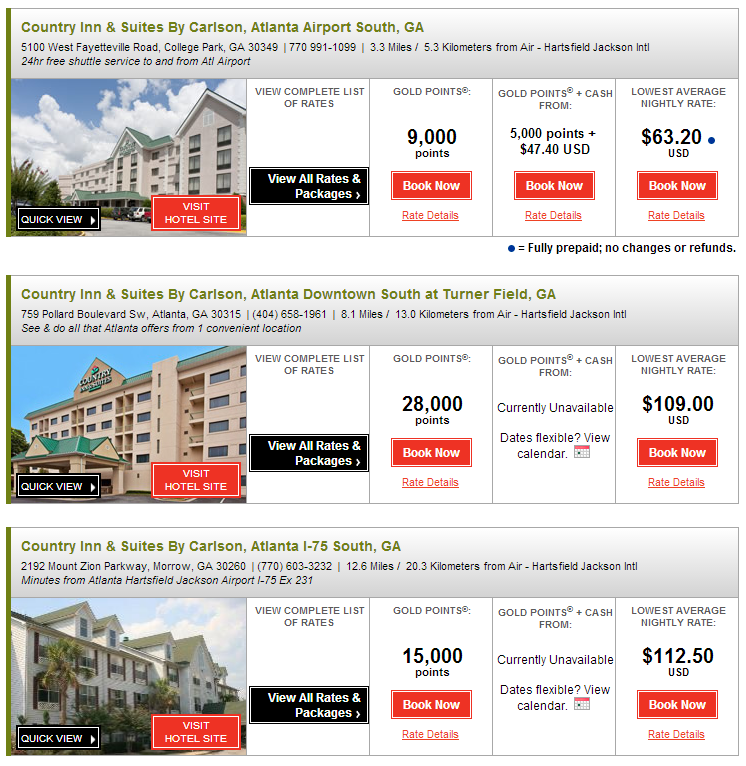 First, in other places, category 1 hotels can be great.  Here, this is a category 1 for a reason – it’s in College Park and while that may sound like a nice place, it’s Georgian for “ghetto.” Unless you’re an Ole Miss fan – in that case, feel free to stay here and get mugged, leaving you destitute and requiring you to sell your tickets to a Boise State fan – But otherwise, remind yourself that you got these points for free anyway and let’s splurge.

Now you’re picking up what we’re putting down.

Look, maybe it would be hard to swing the Ole Miss game this close, but there will be other travel opportunities you’ll want to seize.  We’ve been almost-free-travel blogging for almost four years and we’ve done some incredible things – Dream Italy vacations, Central American journeys, romantic getaways, family vacations and the whole lot.  Follow us on Facebook and subscribe to our posts – Wanderlust with us!