How to Get More Miles Per Credit Card Application

Playing the mileage game can be fun, but much like a war, a good strategy can differentiate between a loss, win, and a beating!  Carefully planning your credit card applications is crucial to winning the overall war.  Credit card companies are starting to tighten up on approvals, bonuses, and points so you need to know your game. Let’s put together a strategy to help you to earn more miles per credit card application.

Remember the coin boxes on Super Mario World with the big ? on them?  Some of them were lame and only offered a single coin, while others filled your pockets as you repeatedly smashed your head on the box time and time again until the coins ran out.  Similar to Super Mario World, some credit card issuers only offer a single bonus.  When it comes to these cards you want to make sure you really are getting the best bonus out there.  It would be a shame to pick up 25,000 for a card when someone else used a better link that offered 50,000, especially if you only get one shot.

Let’s take a look at the current situation with credit card issuers and their stance on multiple bonuses.  I’ll put in parenthesis what the best offer is that is either around, or comes around on a rare occasion. 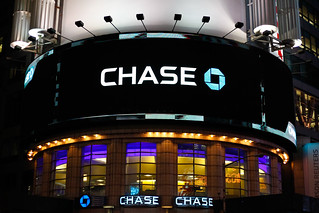 These guys are the powerhouse.  They offer the most travel credit cards out there.  Among their more popular cards out there right now they are offering these cards:

As you can see they’ve got the lion’s share of the credit cards that are out there right now. Their rules generally are as follows:

Citi has a connection with American Airlines, which is one of the best airliners for finding international flights.  Check out their current travel credit cards:

I love my Citi cards.  They usually waive their annual fees on their cards too, which is awesome when it comes to extending your average length of credit history.

Let me tell you something about American Express.  They aren’t my favorite right now.  These guys are tightening their belts on everything right now.  They are cranking down on bonuses, annual fees, and about every other benefit that you want in a credit card.

Their bonuses are amongst the lowest available right now, and they just recently announced in the last week other changes that make their products less competitive.

Basically their cards aren’t accepted everywhere, they have low bonuses, never waive annual fees, and have a superiority complex.

These guys are the new guy on the block, but they’re really starting to make their presence known in the credit card industry.  Three years ago these guys were almost in last place.  They’ve been working hard to land new cards and they’ve been promoting them well.

The cards offered by Barclaycard:

Seriously these guys have been only allowing a couple of inquiries per person per year lately, but they still have some great cards.  Not all of them are as sexy as Jessica Alba, but most of them are great. 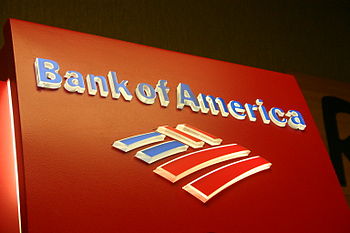 These guys have basically fallen off the map. They just lost the Hawaiian Airlines card to Barclaycard.  They really only have one card left out there, which is the Alaska Airlines.  With it:

These guys play in the shadows, and they have a couple of good cards, but they’re not really aggressive on their marketing for their travel credit cards like Chase and Amex.  You should find these travel related credit cards in their portfolio:

Many of their cards are for airliners that are out of the country, and they don’t offer huge upfront bonuses with the exception of the Club Carlson credit card.  It is one of my favorite hotel cards right now.  As I understand these guys:

Watch for the cards to hit their biggest bonuses.  Currently the Southwest credit cards are offering 25,000 points, but if you’re patient then you should be able to get 50k as the bonus.  Historically they bump it up a couple times a year, so be patient.  The same goes for the Ink Bold and Ink Plus.  Last year they took the bonus from 50k up to 60k during small business week in America.

As you can see, most of the issuers have switched to a “single bonus” type arrangement.  This is particularly depressing when you look over the last few years and we have lost other airlines like:

Basically you need to make sure that you’re getting the best bang for your application.  If you have questions, just ask before you submit your application for a credit card and we will let you know if we’ve seen better offers, or if what you’re seeing is the best for you.