Flights to Hawaii for a Quarter of the Cost

I admit…. I’m guilty and I’m here to eat crow. For the more than three years we’ve been running this blog, I’ve had only one frustration – that far too many people believe that travel should consist of going to Disneyland and/or Hawaii. It’s gotten to the point to where I’ve spoken of these places with disdain and I’m now realizing what a mistake that has been. No, I’m not yet ready to renege on my aversion to Disneyland, though with four kids, I know that day is coming. But I am ready to say that Hawaii deserves every bit of wanderlust that’s afforded it.

A friend of ours invited us to stay at their condo on Maui – as you know, the thought of a free place to stay is undeniably attractive to me, so I allowed myself to entertain the idea. It only took about ten minutes of research to decide that this needed to happen.

It’s always my objective is always to find maximum value for our frequent flyer miles, so I set about a full review of the options before me. Any time I’m checking how many miles I’d pneed to get somewhere, I start on our Using Airline Miles page. I would have taken a good look at Hawaiian Airlines, but they don’t fly out of SLC or BOI, so I put that idea away. Delta was an option, but they want 45k miles at the lowest level. The same goes for United. US Airways was an option, but those miles are going to become AA eventually any way so I thought I’d try American Airlines. True to form, they not only had the lowest redemption rate (35k) but they also had availability for the timeframe I was looking at. I wrestled with the dates a bit, held the ones I liked with AA’s beautiful hold option… and booked it!

Now, I’m going to tell you all about what we plan to do there, but first I want to show you just how easily you can be doing the same thing. If you’re already WorldWanderlusting and have an awardwallet brimming with miles and points, it’s as simple as going to AA and finding dates that work.  I’d recommend trying flying in and out of different islands for two reasons –  it gives you an opportunity to see two places, and it gives you a better likelihood of finding dates you can book for the minimum 35k points. With flights between islands for a mere $96, that makes it easy to do.

But let’s just say you’ve been a little shy about the whole idea of using your stellar credit score to apply for cards with big bonuses and you don’t have any AA miles. (Frowny face).  That’s understandable, but at some point there’s going to be such incredible value that you just have to make it happen. How about one and a half free trips to Hawaii for a single credit card bonus?

It’s like this: the bonus on the Citi  Platinum Select AAdvantage card is 50k AA miles. In order to get the bonus, you need to spend $3000 within the first 90 days of having the card. Each dollar you spend nets you another AA mile, so by the time you’ve met the requirement, you’ll have at least 53k AA miles.

At the MileSAAver level, your flights to and from Hawaii from the mainland US will run you 17,500 each way. Do a little maff and you can figure where we’re going with this. No one wants to go to Hawaii alone, right? So this single bonus will get you and a partner to Hawaii and one of you back for free.  All that remains is determining which of you will be forced to stay in a place where the temperature barely, if ever, drops below 60 degrees and the pearl-blue water is warm and inviting.

More seriously, it means that you’ll be on the hook to actually pay real dollars for only 1/4 of the cost for two of you to fly to Hawaii. Depending on when you book, this might be as little as $300. If that’s not enough to convince you of the extraordinary value of frequent flyer mile accumulation, I don’t know what is.

Just in case it’s not, wait till you finish this overview of our Hawaii itinerary. This is what really sold me on the idea and I’m thinking you’ll be drooling by the time we’re through, too.

Day 1: Arrive and settle in to the condo in Maui. We’ll rent a car on Expedia.com and pay for it with our Barclaycard Arrival World Mastercard which will allow me to give myself a full reimbursement. Because I’m such a cheap bugger, we’ll probably hit up a grocery store and get some things to have at the condo for breakfasts and lunches… save a little money on those meals so we don’t feel guilty splurging at nice places for dinner. 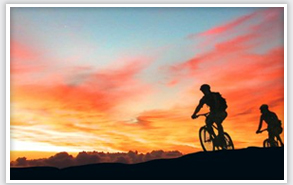 Catch the sunrise and descend from the top of Haleakala Crater

Day 2: Let the action begin! We came for the adventure so we’ll start with riding bikes from 10,000 feet atop the volcano all the way down as the sun rises. Even though it’s all downhill, we’ll probably be exhausted so the rest of the day will consist of relaxing on beaches and we’ll start with Napili.  From everything I’m reading, this is the place to paddleboard and snorkel with turtles.

Day 3: I’ve only ever dived in the Caribbean, so I’m super excited to see how diving in the Pacific might be different.  I’m researching tour operators, but I think we’ll want to tie in a good coral dive with a wreck dive – most likely one of the WWII remnants or the Carthaginian — a replica schooner that lies 95 feet underwater. 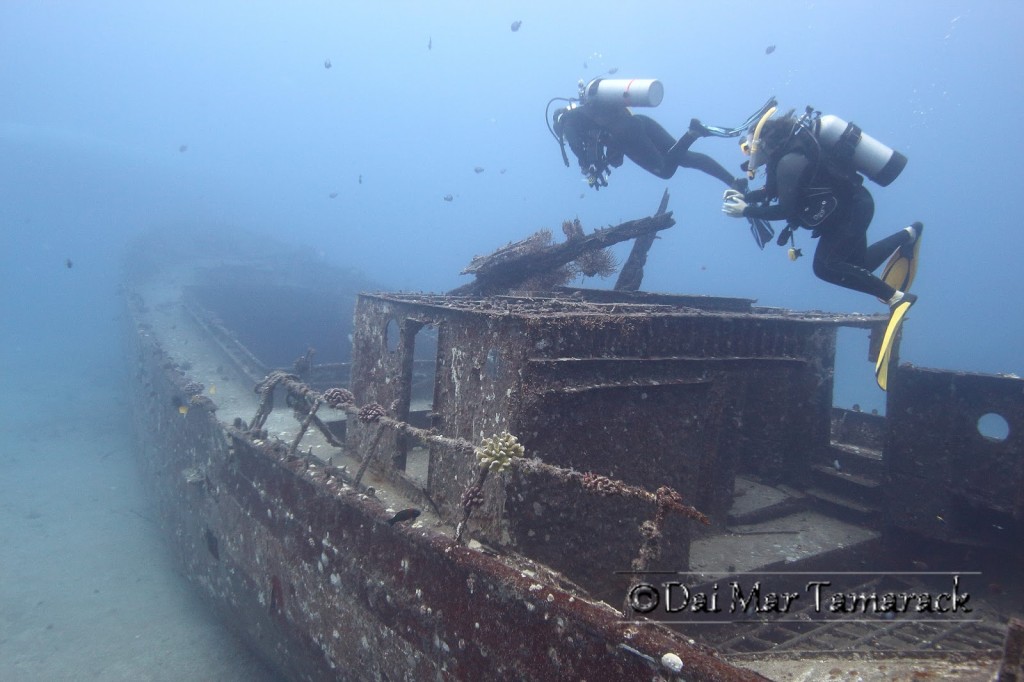 Dive the wreck site of the Carthaginian

Day 4: Now for more exertion, we’ll head to the Waihee Ridge Trail – a 5 mile hike into the misty mountains for some amazing views. If we aren’t too exhausted, we’ll reward ourselves with a delicious dinner at Mama’s Fish House. 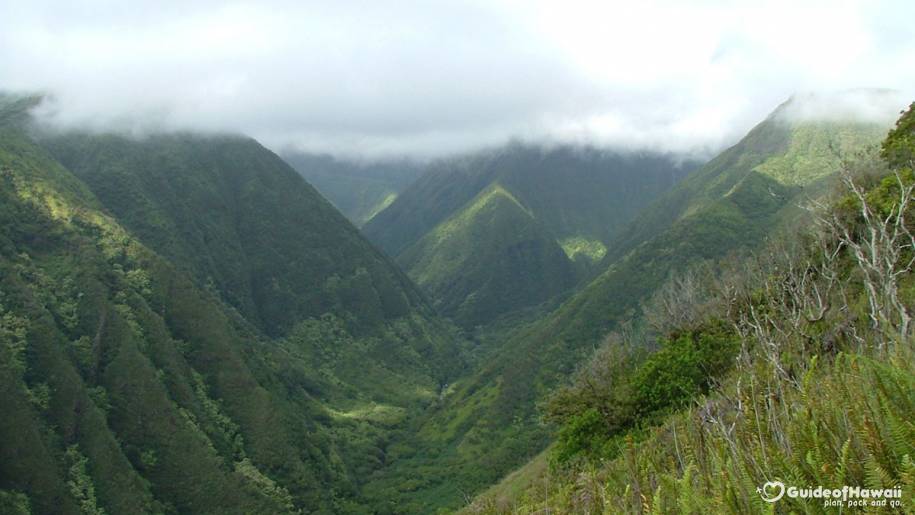 Day 5: Today we’ll drive the famous “Road to Hana,” and we’ll start by checking out Waianapanapa’s freshwater caves, then follow the winding road, stopping for picturesque vistas and culminating in a hike to swim in the seven sacred pools.

Day 6: We’ll fly from Maui to Kauai on early morning Hawaiian Airlines flight, then head directly to the Kalalau Trailhead.  This is an amazing trail that will take us along the Na Pali Coast 11 miles into Kalalau Beach.  We’ll camp on the beach and enjoy the isolation. 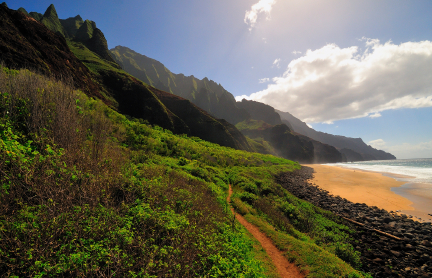 Day 7:  We hike out and make our way to the hotel to clean up (free with reimbursement from the Barclaycard Arrival World Mastercard). After that, not much more than relaxing and and enjoying some beach time.

Are you ready for your 3/4 free trip to Hawaii? Tell us what’s on your itinerary.

This entry was posted in Hiking, Island Vacations and tagged American Airlines, Cheap flights to hawaii, Frequent-flyer program, hawaii, kauai, maui, things to do in hawaii. Bookmark the permalink.