Posted on February 10, 2014 by Brad Christensen

My initial plan was to make an escape to Florida this month, but I’ve been involved in a humanitarian project in Haiti that will send me back this month and prohibit me from doing any playing this month.

But as you would expect, it’s burning a hole in my pocket and I’m not about to let it lay idle for long.  Most of my wanderlust is not domestic, and while Southwest will start some service to the Caribbean this summer, the great majority of their routes are within the US, so I’m having to reach a bit to come up with ideas of where to go and what to see. But I am getting a little help from a cold Idaho winter.

As you know, where I can travel and stay inexpensively tends to dictate where I end up traveling, so my first thought was to start with the list of Priority Club Points Break Hotels – where I can stay for only 5k points/night and have a reserve of 80k+ that I got from the Chase Priority Club Select Visa.

The first thing I notice is that there are 4 hotels in Arkansas.  It wasn’t too long ago that I read “Summer of the Monkeys” by Wilson Rawls to my sons, so I have a little bit of Ozark fever and I’m drawn to the idea.  Plus, I’ve never been to Arkansas, and neither has my brother – so that’s one more state I could get on him. So the next thing I do is to plug their locations into Google Maps to see how I could work a loop through each of them. 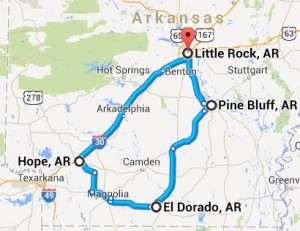 Well I’ll be darned if it doesn’t make for a perfect loop – starting and ending in Little Rock – an airport Southwest Airlines just happens to service. Not only is it an airport that SW services, but I can book a flight for a 3-day weekend at the end of March for a mere 14,500 Rapid Rewards points!

I start to get excited when I recall that there was a medieval castle being constructed in Arkansas – along the lines of the Guedelon Castle that is busily under period-specific construction outside of Paris, France – something that has held my attention for almost 8 years as I’ve watched them re-make a castle as if it were the year 1200.  But when I search for the project online, I’m dismayed to see that it’s stalled due to lack of funding and there’s not much there to see. 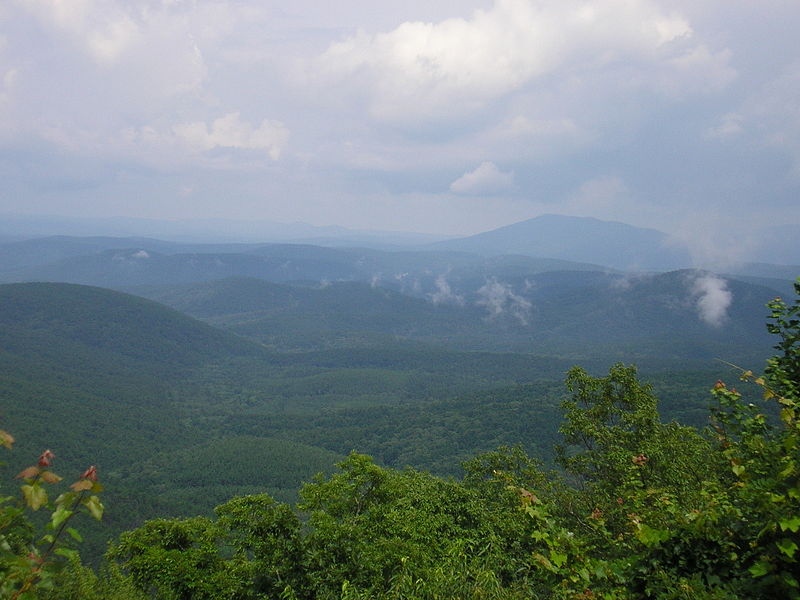 I go to work seeking out things to see and do in the area and here’s what I think could keep me busy:

By now I’m pretty well convinced that a trip to Arkansas is in the near future for me – maybe even in March.  Have you been to Arkansas?  Are there any other amazing things I need to see there?