Everything about travel is too expensive 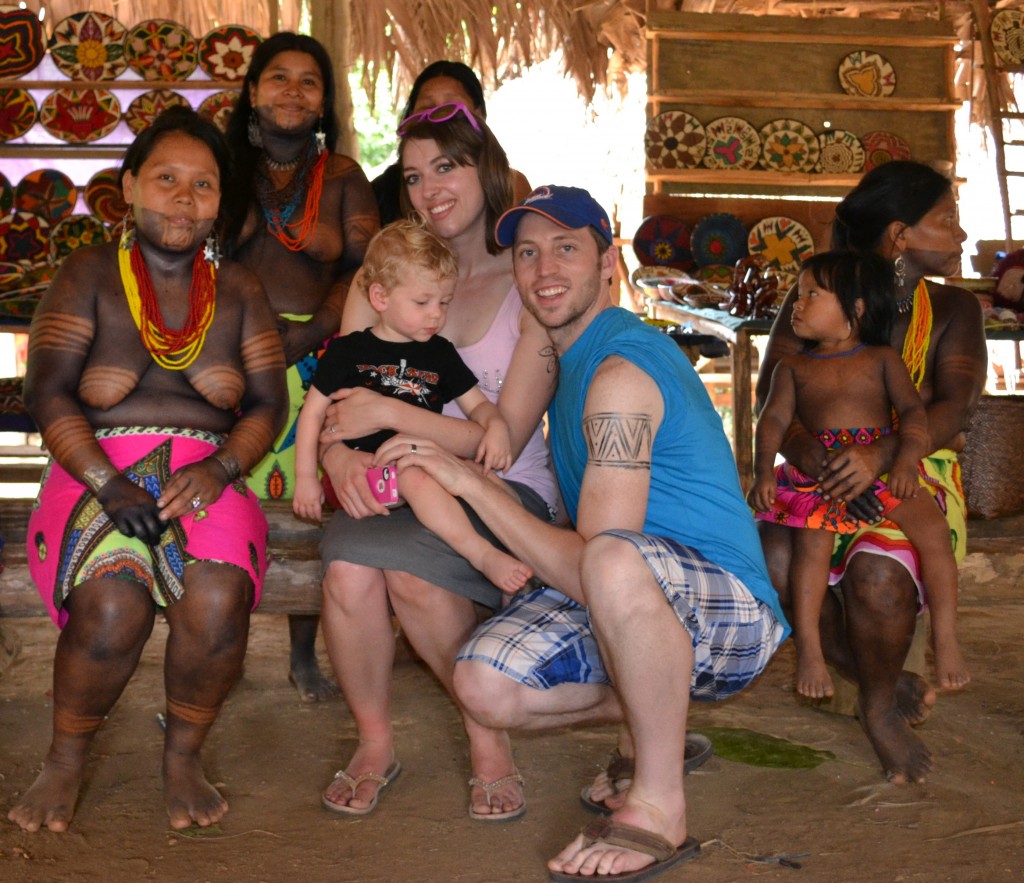 More money to go and more things to experience with Worldwanderlusting.com

“Whoa, Whoa, Whoa, Miss Lippy, the part of the story I don’t like is that this is a lie!” – Billy Madison

If you’re new to our site, type your email address in the upper right-hand corner and hit the “Subscribe” Button.  In the last month we’ve shown you:

Leave it to us to show you how to cover common travel expenses like hotels and airfare, which generally represent the bulk of your travel expenses.  When those worries are far behind you, making the plunge on a ridiculously overpriced gondola ride in Venice is an easy decision.

You struggle paying $2 per mango in the US?  So do I.  They’re picked too early and artificially ripened on the way to Wal-Mart.  Try buying a deliciously ripe bag of them in Costa Rica for $2, go ahead and throw in a bag of oranges to ensure you’re getting enough Vitamin C.

Eating foods that are seasonal for the place you’re visiting will definitely help lower the cost of your food bill.  Also shop at grocery stores, and ask locals how to cook the local fare.  More than likely they’d be willing to teach you for free.  Now you’re mixing culture with travel, I love it!

I can’t go somewhere I don’t speak the language 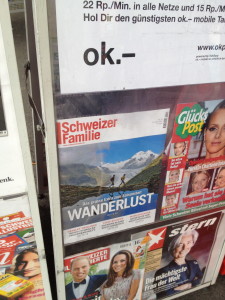 Heaven forbid we introduce you to a bit of culture here.  This really isn’t a barrier.  More people around the world speak English that you think.  Granted you won’t be able to find a fluent English speaker in every location, but there is something exhilarating to ordering from a menu that you don’t fully understand.

I’ll never forget sitting in a cafe in Moscow in 2006 when I realized that the menu wasn’t coming in English.  I turned around to a lad and politely asked if he spoke English.  He happily responded (A happy Russian is one who doesn’t ignore you) that he did.  After listening to him translate the menu for a moment, I decided to just double up on his exact same order.  Just like the locals, right?

When the food arrived, I was a bit shocked when I realized a fat plate of cow tongue laid before me.  Would I have picked it, no!  Was it delicious?  Yes!  It was his day off and he was totally willing to show me around Moscow.  He showed me cathedrals and proudly displayed his Moscow pride.  We spent the greater part of the day together exploring Moscow, what an experience!

You don’t really have to speak the language to go somewhere.  Learning a few words in their language will impress the locals, so check out a book at the library that teaches you some Espanol and learn common words like bano, taco, buenos dias, and eres muy bonita.  You might even get yourself a girlfriend out of the deal.

Some people really believe that there is a 100% chance of sudden death upon leaving the US soil.  God rest the souls of those individuals who immediately died when they landed in Mexico.

Unfortunately there are some stupid people out there who think it’s ok to hit on the drug dealer’s girlfriend, and end up getting shot dead.  If you’re willing to avoid ripping off the drug dealer, or grinding on his girlfriend, your odds decrease dramatically.

Bad things can happen to people anywhere.  Ask Elizabeth Smart, who was abducted from the second story of her home in Salt Lake City.  Obviously you should take proper precautions when traveling abroad, but it is much more safe than the media makes you think.

Believe it or not there are people who go to places like Egypt, Iran, and Israel all the time. Whether it is for work or pleasure they still survive the trip.

Everyone Outside the US Hates Americans 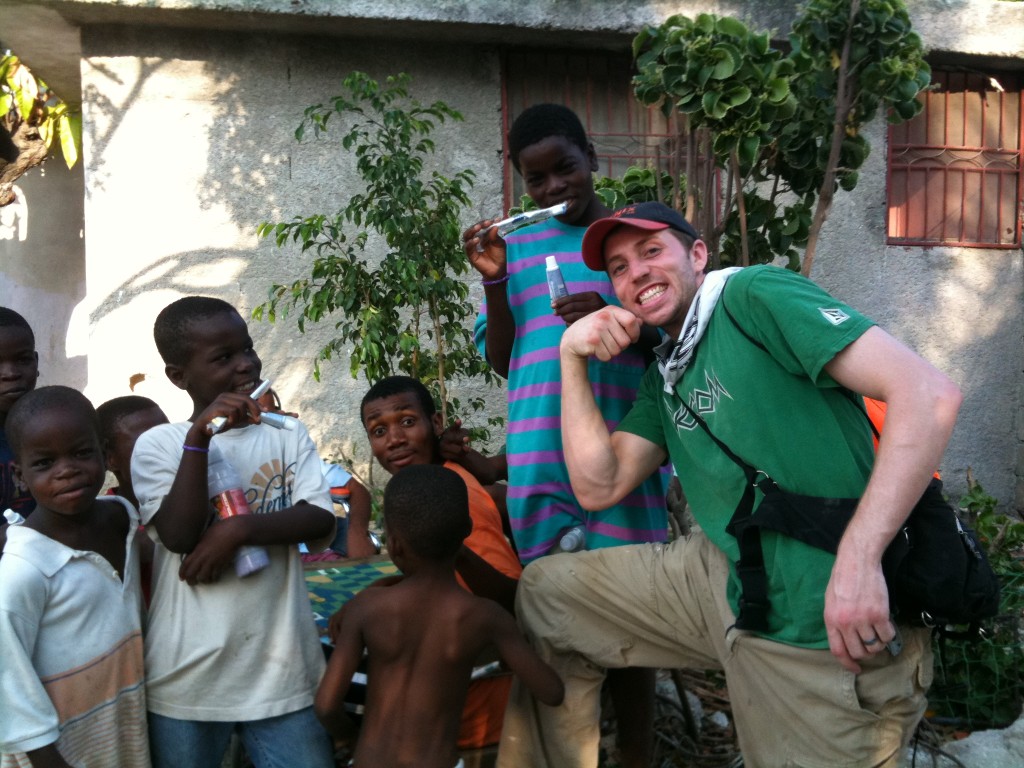 Handing out toothbrushes in Haiti

Granted, if you run into an Al Quaeda cell in Afghanistan you won’t find anyone who hates you more.  However, the chances of you taking your first international trip to Afghanistan is rare.  More than likely you’ll choose somewhere like Mexico, Costa Rica, or England.  These are “starter” countries and still offer a great deal of westernization.

You probably ought to leave your USA flag shirt at home.  Please don’t belt out the “Star Spangled Banner” in the tube, or you will embarrass the rest of us.   Do your best to blend into the scenery and act like a local.  Yelling at locals, talking trash about them, and explaining how much better America is than their country will not help your image, and people won’t like that.

For the most part, people out there love America.  They would give anything to live here, and want to learn English too.  Be kind and humble to others, and you’ll find that most people will love visiting with you.

There is nothing to see in this world except Disneyland 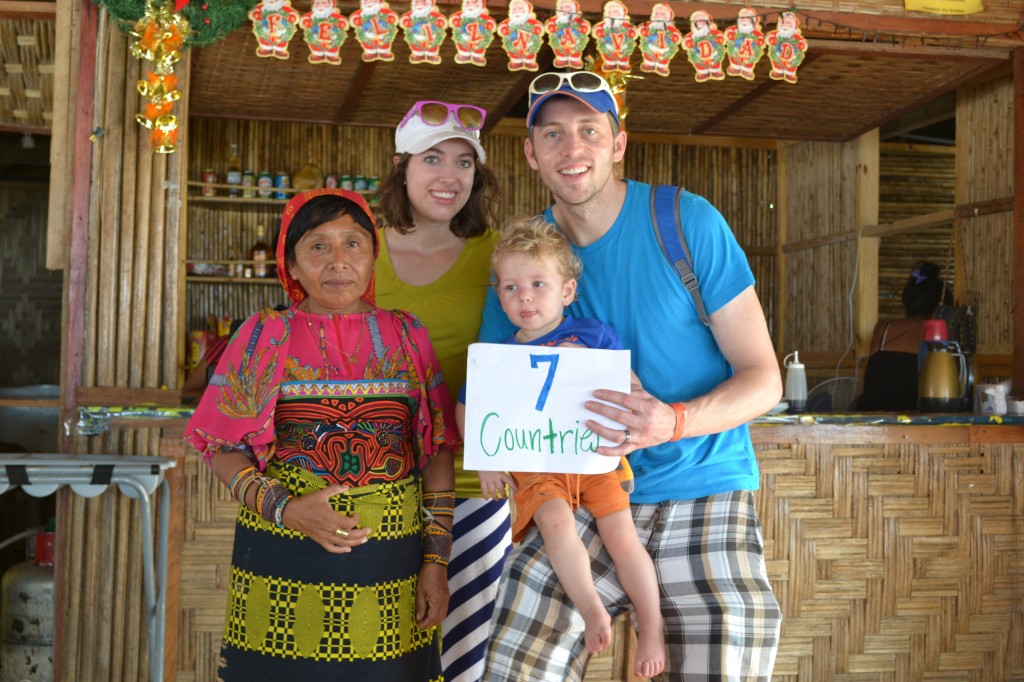 He might not remember all of them, but he’s been to seven countries!

BS.  We’re not saying that you shouldn’t take them to Disneyland, but we encourage you to take them abroad too.  Disneyland will be a great memory for the children, no doubt, but it shouldn’t be the only place you take your children.

Taking your children abroad will teach them a variety of things that they won’t get inside the golden gates.  For example, Brad took his family to Panama last January.  Miles, one of his children, had been studying the rainforest in his 1st grade class.  The teacher had made attempts to explain how different it was from an arid Idaho summer.  The learning was enhanced with a visit to a rainforest where he was able to experience the climate, animals, and tropical fruits right off the tree.

Taking your children on international trips will help them to experience cultures, history, art, foods, language, people, architecture, ecosystems, and so many things that you simply can’t find in Disneyworld/land/cruise.  Do yourself and your children a favor by setting aside the same trip every year and going outside of your comfort zone.

Provide for them experiences that will help them to be better citizens of the world.

You can start with this card which gives you $400 in free travel after spending $1000 in the first 3 months.