How the American Airlines & US Airways Merger Will Benefit You

The deed is done.  American Airlines and US Airways’ merger has been approved by the government, and now it is only a matter of time that US Airways disappears from the map. This is set to create the world’s largest airliner now that their forces will be combined. 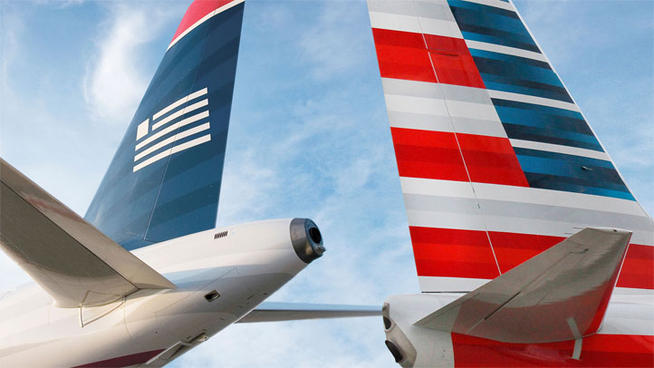 American and US Airways will become one

We’re now left with Delta, United, and American as far as the legacy airline carriers in the US.  This 10 year window of consolidation in the airline industry has removed a significant amount of competition, which generally means bad thing for the consumer.

There are tons of views on how the glass is half-empty about the American Airlines and US Airways will hurt you.  There is plenty of evidence of why this is the case, but for this post I’ll give the half-full viewpoint of how this merger will help you. 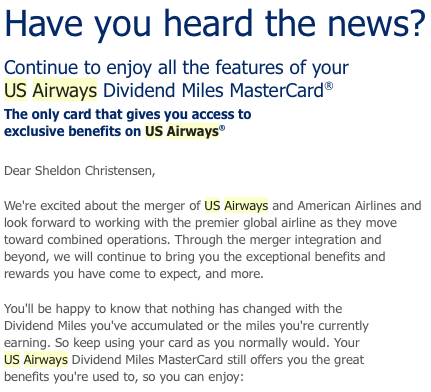 This is a great way to pick up some (soon to be) American Airlines miles.  The US Airways Premier World MasterCard® usually pulls credit from TransUnion, which is the least commonly used agency.  The bonus isn’t massive, but the spending requirement is ridiculously low, so it is best paired with a couple of other cards.  🙂  Get this card before the offer is gone.  It is another way to bulk up your AAdvantage account.  It is estimated that you will be able to transfer your Dividend Miles into your AAdvantage account early in 2014.

Citi has announced that it will continue to offer the American Airlines co-branded credit card moving forward, so make sure you take advantage of this card before it disappears.

Overall I don’t really think that this is an advantage to most fliers.  It allows for less competition in the market, which inevitably results in higher prices paid.  Either way, it is here to stay, so let’s just take advantage of everything we can to make it as good as possible for us!