Things to do in Munich

Posted on November 25, 2013 by Brad Christensen

Let’s say you follow Sheldon’s detailed instructions and book an open-jaw with a stopover into Europe on American Airlines.  You collect 50k AAdvantage points with the Citi® Platinum Select® / AAdvantage® World MasterCard® after spending $3000 in the first three months.

Whenever you fly on American points in Europe, you have to avoid using British Airways because BA gouges passengers with atrocious fuel surcharges.  What that generally means is that you end up flying on AirBerlin, an experience that you will thoroughly enjoy. It also means you may end up using Munich as one of your destinations.

Munich is in Bavaria, southern Germany, a beautiful area especially during the months from October to May, when AA will let you steal their Europe flights for a mere 40k points.

Where to stay in Munich

We’d never expect you to actually have to pay for your hotel, so let’s look at this depending on whether you have Starwood Points or Marriott points.  Both programs offer a free night if you use points to book 4 nights, so let’s assume you’ll stay 5 nights.

With 60k Marriott points, you could stay 5 nights at the Courtyard Munich City East.

This is a perfect example of why, when it comes to point bonuses from travel credit cards, more is not always better.  In this case, 28k points from one program gets you what it takes 60k from another.  It just depends on what you have in your awardwallet and how you make it work for you.

Things to do in Munich

Things to do just outside Munich

Things to do within a day trip of Munich 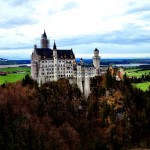 Neuschwanstein Castle – A place you can and should go 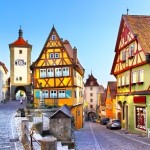 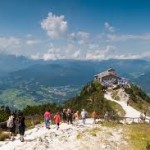 As you can see, Munich would make a great destination for your next almost-free trip to Europe.  Tie it in with a stopover in a US gateway city and an open-jaw from some other European destination and you’ll have yourself one heck of a trip for very, very little in out-of-pocket costs.

Thanks for wanderlusting with us.  Want to hear our free-travel advice on another destination? Comment and tell us where!

2 Responses to Things to do in Munich