I Make My Travel Decisions Like I Make My Vasectomy Decisions

Posted on November 11, 2013 by Brad Christensen

“Valium? Hell yes, I’ll have a Valium,” I say.  I’m not going to pretend I’m not nervous. Any procedure involving man-parts is uncomfortable, and the idea of being cut is unnerving, but you put those two together and, wow, we’re talking white-knuckle, throat-knotted skittishness. Hooker in church, nothing.

But it’s worse than that.  The parts of me that are distinctly male are not in the aged hands of an eminently capable doctor with 30 years of experience, but in the quavering clutches of a bright-eyed student… and this isn’t my Adam’s Apple we’re talking about.

Yes, I’ve opted to have a vasectomy performed at a Medical School. It’s not convenient… I had to drive over an hour to get here.  It’s not the way I had ever envisioned it… we’ve already discussed how nervous I am.  But it is cheap, in fact, it’s almost free… and that’s why I’m here.

You’re wondering if you’re really reading about this on a travel blog. Well, yes, you are… and I’m getting to that. You see, I make my travel decisions like I make my vasectomy decisions.

What Does This Story Have to do With Travel?

I’m standing on a stone wall, overcome by a sense of awe.  Rather than enjoy the moment, I’m doing what everyone does these days, snapping an infinite number of pictures, applying filters, and dreaming up hashtags.

But then I pause.  I look at Nicole, the love of my life, and together we ponder what lays before us, an island in the sky.  The morning fog has lifted, but it still hangs, a fragile form of lingerie, enhancing the beauty of an already magical landscape. 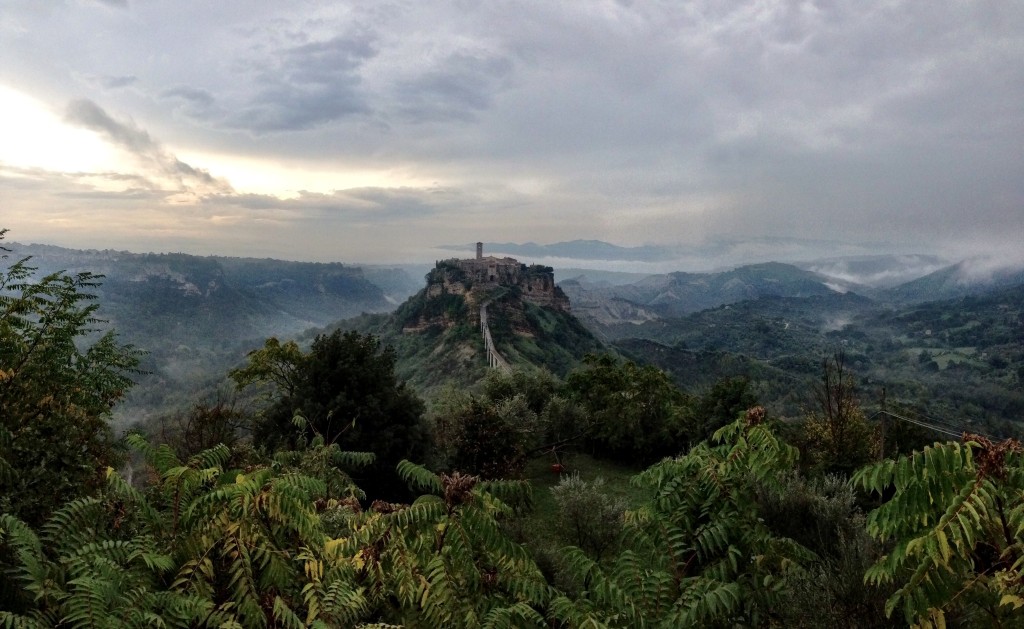 It’s Civita di Bagnoregio, a 2500 year-old cobbled city rising atop a plateau in a verdant valley. We’re an hour north of Rome, and it’s not the first time we’ve been utterly stunned by the sites we’ve visited on our 2-week itinerary in Italy. 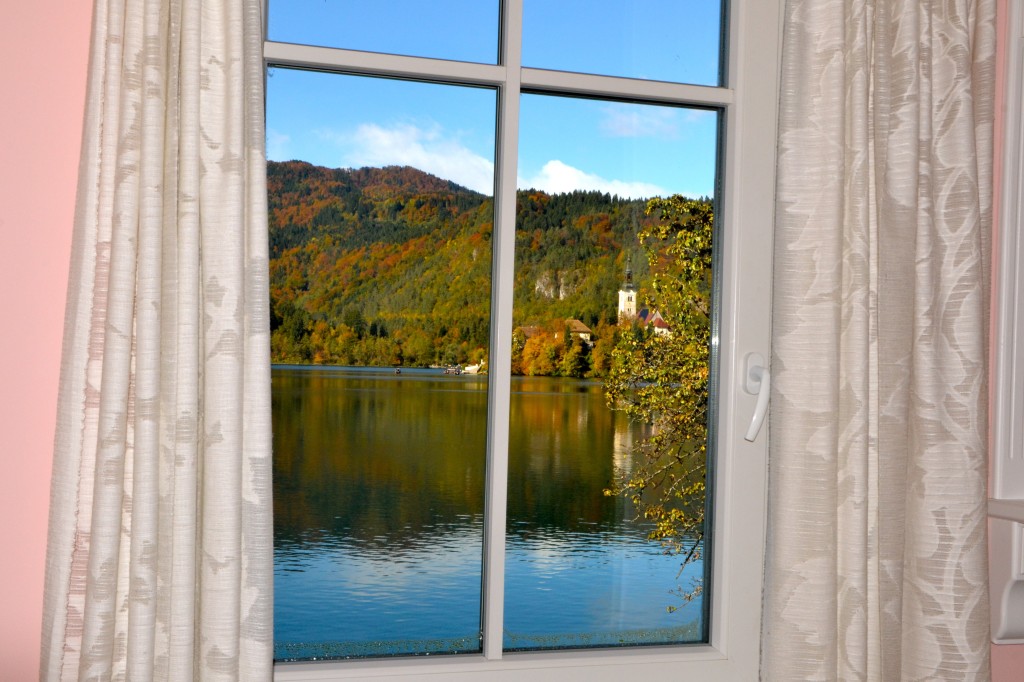 We felt the same way when we woke up to find a picturesque autumn Lake Bled out the window of our Bed and Breakfast in Slovenia. Perched on the “Lovers Walk” outside Riomaggiore in the Cinque Terre, our gasps were audible. 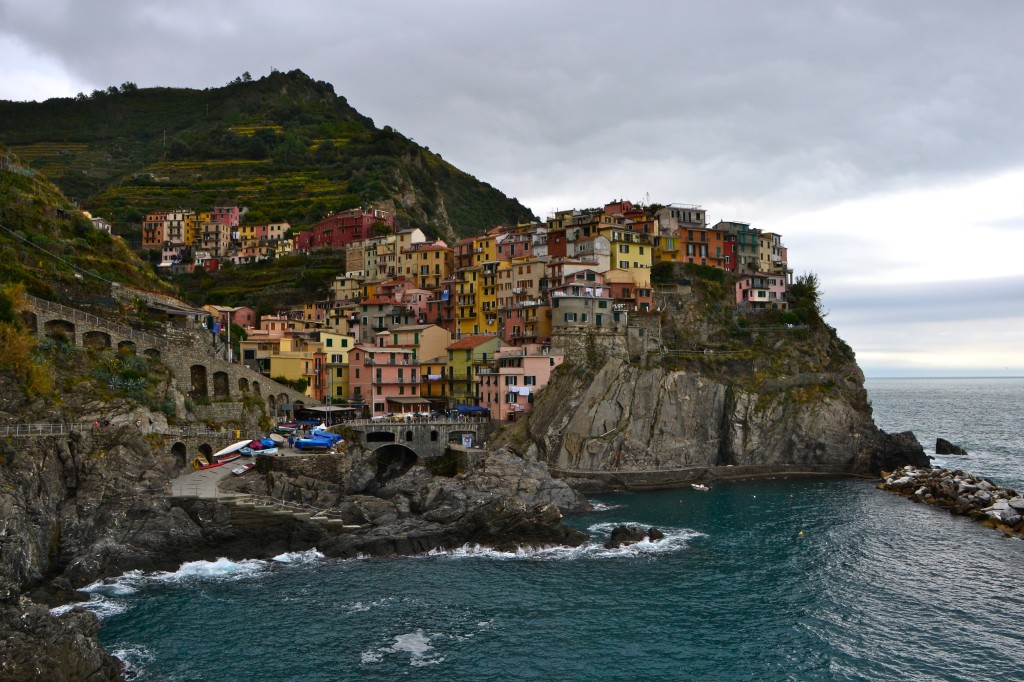 Riomaggiore from the Lover’s Walk

Ok, But Back to the Vasectomy?

It’s a starkly different picture from the vasectomy experience, but believe it or not, the means and the motivations to accomplish both were the same.

The vasectomy had to happen.  We make some beautiful kids, and we love them, all four of them, but something had to be done there.

Not dissimilar, a trip to Italy was going to happen.  With a bit of an infatuation for ancient Rome, I had a thirst that wasn’t going to quench itself.

And What do They Have in Common, Again?

In both instances I was able to achieve my objectives for a fraction of a fraction of the expected cost because I was flexible in how I went about getting what I want.

The student-snip? $50, Valium included.  I could have paid $800 going anywhere else. (Strangely, health insurance companies obviously don’t understand the concept of risk/reward). I had to drive an hour away and endure the added stress of scrotum preoccupation.

Our trip to Italy, some $1600 – mostly in fuel, tolls, and food costs.  I could have easily had to pay more than $6000, but I didn’t.  I booked our $2600 tickets with 80k AA miles and $162. I had to fly into Venice and out of Rome (not exactly an inconvenience). When a wrinkle in our flight schedules came up, a made a tiny complaint and got back 20k AA miles. We stayed 13 nights in free hotel-stays.  No wait, they did make us pay the 3 euro city fee in a couple places.

Sounds Cool, Man, But You Went from Funny Vasectomy Guy to Travel-Bragging Guy

How did I do it?  You see, I have a problem… it’s a value computation problem.  Everyone else goes to a restaurant and they pick something off the menu that sounds good.  Not me.  I seek out menu-inefficiencies.  I’ll try to combine a-la-carte items. I have no shame in ordering off the kid’s menu. Split plates? Come, that’s child’s play.

How to Travel the “Free” Way

For more than three years now, I’ve been ravaging frequent-flyer mile programs… not the casual here a few there a  few, I’m talking, like, chubby-kid-under-the-piñata aggressive. I’m too impatient to accumulate them the old-fashioned way.  I want them all and I want them now.

And I’m getting them… more than 2 million of them, in fact.  Just last week I did an “App-o-rama” and if you think that sounds fun, you ought to try it.  I’ll pull down 185,000 miles and points from the 4 cards I applied for in one day:

That brings us up to 34 cards in 3 years between my wife and I. We always apply separately in order to maximize our bonuses.

But easy, tiger. It’s not as simple as just running out there and grabbing them. You’ve got to be informed to know which are the right programs and the best bonuses. You’ve got to be diligent to track them all, never missing a payment to keep your credit score solid.  You’ve got to be disciplined not to spend money you wouldn’t otherwise spend, or to pay interest, because the moment you start into that, you lose.

But you can win… oh you can win… I only have one cheap-vasectomy story (merciful heaven above), but I’ve got a dozen cheap-travel stories.  I flew my family to Panama for $261 out of pocket.  Nicole and 4 friends went to LA for a weekend and I had no problem springing for the $25 flight expense. Those are just a couple and I’m writing more all the time.

And you don’t have to go all crazy like me, either… take it slow and pull down a couple of big bonuses to test the waters.  If you decide taking free trips is fun, then keep it up. And if you decide you’d rather pay full price for your trips (and your vasectomy) that’s fine, too.

Obviously there’s more to it than I can give you in a single blog post, but it’s all here on our site.  Poke around and don’t hesitate to comment with a question. We love seeing others embrace the idea and traveling the world. Thanks for wanderlusting with us.

This entry was posted in About us and tagged cheap travel, Civita di Bagnoregio, inexpensive travel, travel, value travel. Bookmark the permalink.