Guest WorldWanderluster – Jared and his son travel to Colombia

Since 1994 I’ve  wanted to return to Colombia.  After having lived there for two years I fell in love with the friendly people and their culture. Like many people I always found other things to spend my money on and could not justify spending the “asking rates” on travel to return.  I continued to “lust” of to travel to Colombia and also visiting other places, with my long term goal of retiring and spending the winter months some where in Central or South America.

I heard about the Wanderlusting wizards, the Christensen brothers, through a mutual friend. It sounded great, traveling the world for next to nothing, but could this really be possible and if so how much of a head ache would it be? Well, in less than a year of implementing the Wanderlusting techniques, I’m saying that it is possible and it takes very little work.  I cashed in on part of my credit card points and used them to make my dream come true of returning to a country I loved and even better taking  my 13-year-old son to South America with me. The cool thing is that I spent a lot less money taking both me and my son to Colombia using the WW principles than I would have just going to Colombia by myself and paying for things the traditional way. 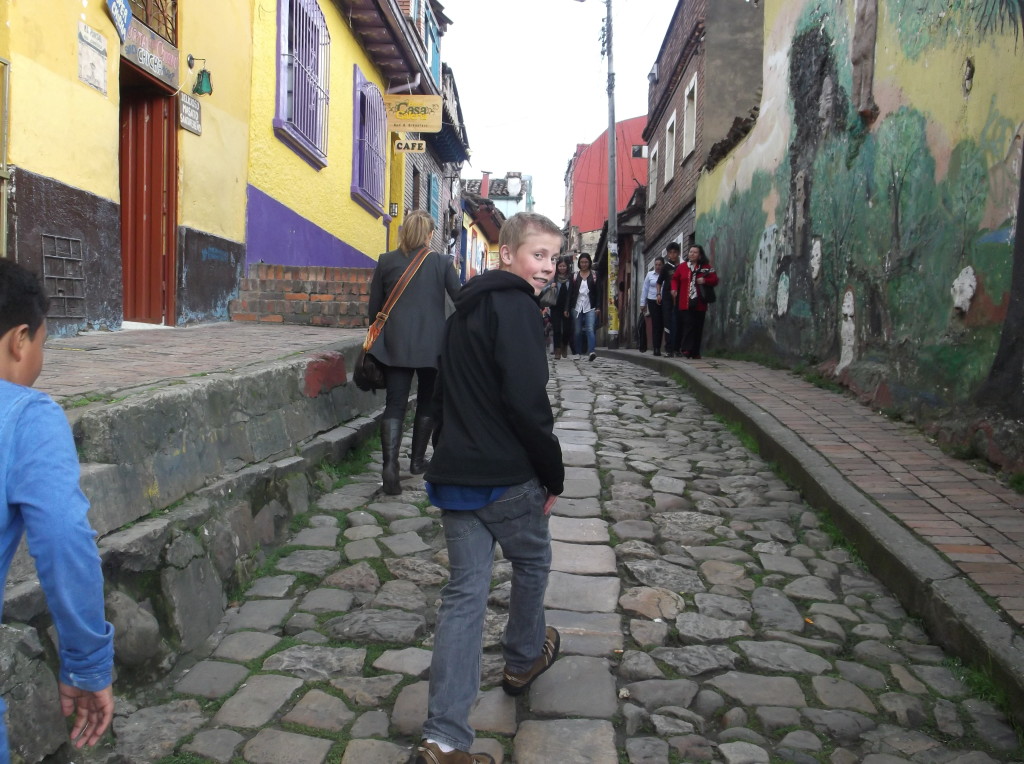 Jared’s son on the cobbled stone streets of Bogota

We started by getting the Chase Marriott card which is an awesome card that gave me 50,000 points after one single purchase and 50,000 points to my wife after her first single purchase. (Temporarily 70k +1 right now with this link: Marriott Rewards® Credit Card). We stayed in a category 3 Marriott Hotel in Bogota for 10,000 points/night, using only 40,000 of our 100K. These rooms usually cost about $250/night. We stayed 4 nights (could have stayed 5 for no additional cost) but did not. We paid about $6/day for some tax that was not covered by the points. I felt it was the least I could do after all it saved me about a $1,000 by using their card. As for the air fare, both my wife and I got the Chase Sapphire Preferred that got us each 40,000 points which was almost enough to get us both to and from Bogota from Salt lake City. I ended up paying about $244 for two round trip tickets. 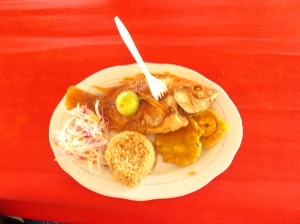 Bogota sits over 8,000 ft above sea level, so despite being near the equator, its elevation provides for a temperate climate with day time temperatures in the mid to upper 60’s. We visited several of the tourist sites one being a tram ride to the top of the mountain to see an old cathedral that was built in the 1600’s and providing the best view of the city of 8 million people. Another was the walk through the old part of Bogota called La Candalaria. The narrow cobbled stone streets, buildings that are hundreds of years old and the smell of empanadas in the air, all made for a memorable afternoon. 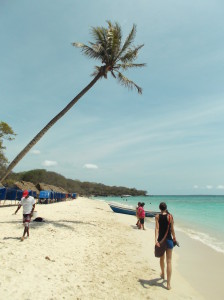 After visiting friends and seeing the sites in Bogota, we flew to Cartagena.  Cartagena is a coastal city that has a tropical climate and  has beautiful beaches in the area. In my opinion the neatest part of the city is  “la ciudad amurallada”, meaning “the walled city”.  Most all the buildings and houses in this area are in there original form from some 500 hundreds years ago with Spanish colonial architecture. We visited some old fortresses like San Felipe Castle that were constructed in the 1600’s to protect them from pirates as well as some other museums.

Our favorite part of Cartagena was relaxing on the beaches of the beautiful Rosario Islands. We enjoyed a fresh seafood lunch and white sandy beaches. These islands are  a 50 minute speed boat ride away from Cartagena.   Again we visited with some great people here, made new friends and ate some delicious food.

Overall the trip was even better then I had hoped. It did not quench my thirst for travel but on the contrary has increased my lusting desires to travel more of this beautiful place we call Earth.  I want to give a genuine thank you to WorldWanderlusting.com for helping make my dreams be realized, and setting me up to do a whole lot more!