Eight Great Rich People’s Houses You Can Visit, and One you Can’t

I was compelled to read Matt Ridley’s “The Rational Optimist,” a genuine masterpiece that tells the very insightful story of the evolution of prosperity.  I was especially intrigued paragraph in the first chapter that offered the factoid that today, 85% of people living below the poverty line in the U.S. enjoy at least six amenities that even the richest of the rich had no access to just more than a century ago. Can you name them?

I have toured some of the amazing homes of tycoons of past ages – all of them are museums of art, architecture, culture, and economics. They spellbind you with their extravagance and leave even the most ambitious among us feeling overwhelmed by a sense of insignificance, or, at a minimum, proud of the pallor of our avarice in comparison.

Put a few of these on your list and start making plans to go see them.

The Biltmore deserves a post all its own, but we’ll offer a brief summary. It was the creation of George Washington Vanderbilt.  He inherited a ton of money from his father and in keeping with family tradition, he built a masterpiece – a 250 room masterpiece.

Being a part of a very affluent family he had some connections to some of the world’s best architects and designers.  He tapped into Richard Morris Hunt as the architect and Frederick Law Olmsted as the landscaper.  Construction lasted only six years and his masterpiece was completed. It was equipped with the latest of technology including indoor lighting, a swimming pool, an elevator, a dumb waiter, a refrigerator, and more.

Today you can visit the home, but allow yourself an entire day – it’s more than just a home with a winery and a vineyard, impressive grounds, and more house than you could ever dream of.  For more information, visit http://www.biltmore.com/

As I mentioned, mansion-building was a family affair for the Vanderbilts, and this was Cornelius Vanderbilt’s summer home.  With more than 70 rooms, it’s hard to even imagine such a thing could be a temporary living space, but so it was, and in building it, there was no expense spared.

Many of the rooms were completely designed and constructed overseas, then shipped to Newport.  There are hidden passages built especially for servants and almost no room is without its own fireplace – strange considering it was built for summer use.

There is amazingly intricate tile work and the setting is ideal for such a grand home.  You can visit the Breakers mansion along with many others there in Newport.  Go to www.newportmansions.org for more information.

The ballroom featured in the Great Gatsby (Photo credit: Madeleine_H)

This monstrosity was built by Theresa Fair Oelrichs, who was fortunate to inherit her father’s large share of the Comstock Silver of Nevada.

As you’re beginning to notice, Newport was clearly the Beverly Hills of the early 1900s, and Rosecliff’s stately ballroom topped them all. You may be interested in knowing that scenes from the recent Great Gatsby movie were filmed at this home. You may also be interested to know that you can visit five of the Newport Mansion properties for $31.50 with a pass from the Newport Preservation Society. 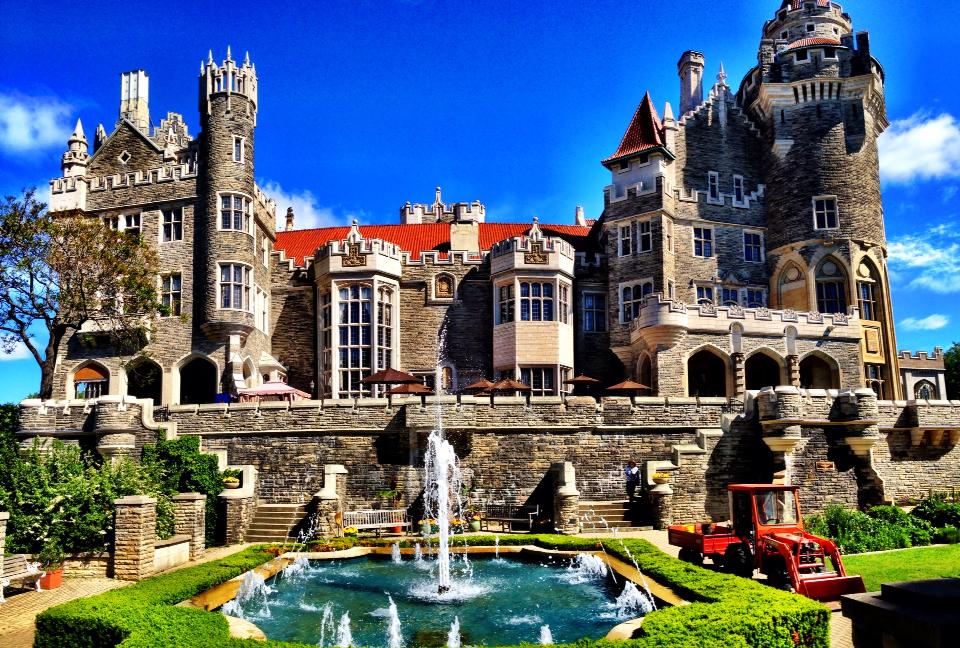 Sir Henry Pellat, the son of a Scottish-born stockbroker, and himself a successful military general, made a fortune in the hydroelectric industry.  This was part a product of his business acumen and partially due to his proximity to Niagara Falls – a pioneering locale in the hydro-power industry (which was incidentally funded in part by previously mentioned rich guys, the Vanderbilts). On the heels of this success, Pellat constructed his 98-room castle atop the tallest hill in Toronto. I was particularly infatuated with the Conservatory – a massive marble room, adorned with an abundance of plants and flowers, and completed by a stained glass dome that was illuminated not by natural light, but by enclosed electric lights well-before their time.

Hoping to parlay his success, he also bought up property along the rail lines then heading West, only to be ruined by a colossal trifecta of tragedy – bank failures, government expropriation of the power industry, and WWI. Forced to move out of the home, he lived out the remainder his life with his chauffeur in relative poverty, dying, it is said, with $167 to his name.

Sarah Winchester, heiress of the rifle empire by the same name, built the Winchester Mystery house – a puzzle relative to the rest of these estates in that it is not the product of a single elaborate design, but of many years of quizzical meandering construction.  There are more than 40 stairways – many of which are pointless in purpose.  Secret passages are more the rule than the exception.

People still wonder exactly what she had in mind when she spent more than 5.5 million dollars to construct such a conundrum of construction.

You can unravel the mystery yourself with a visit any day except Christmas, or really spook yourself by taking one of the Friday the 13th flashlight tours – if you dare.  http://winchestermysteryhouse.com/thehouse.cfm 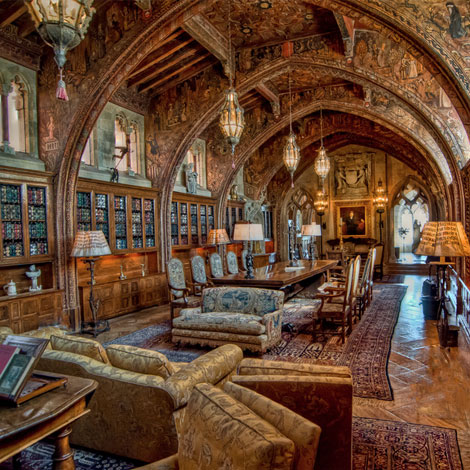 Almost 80 years in the making, the Hearst Castle is the West Coast’s version of the Biltmore. It was the home of newspaper magnate William Randolph Hearst, and like many of these impressive dwellings, it was never fully completed.

You would expect that a newspaper mogul would have quite the library, and the Hearst library does not disappoint. In Gothic style, with no corner left unadorned, it is an amazing sight – one of many in this incredible home.

You can learn more about the history of the Hearsts and the castle, visit www.hearstcastle.com 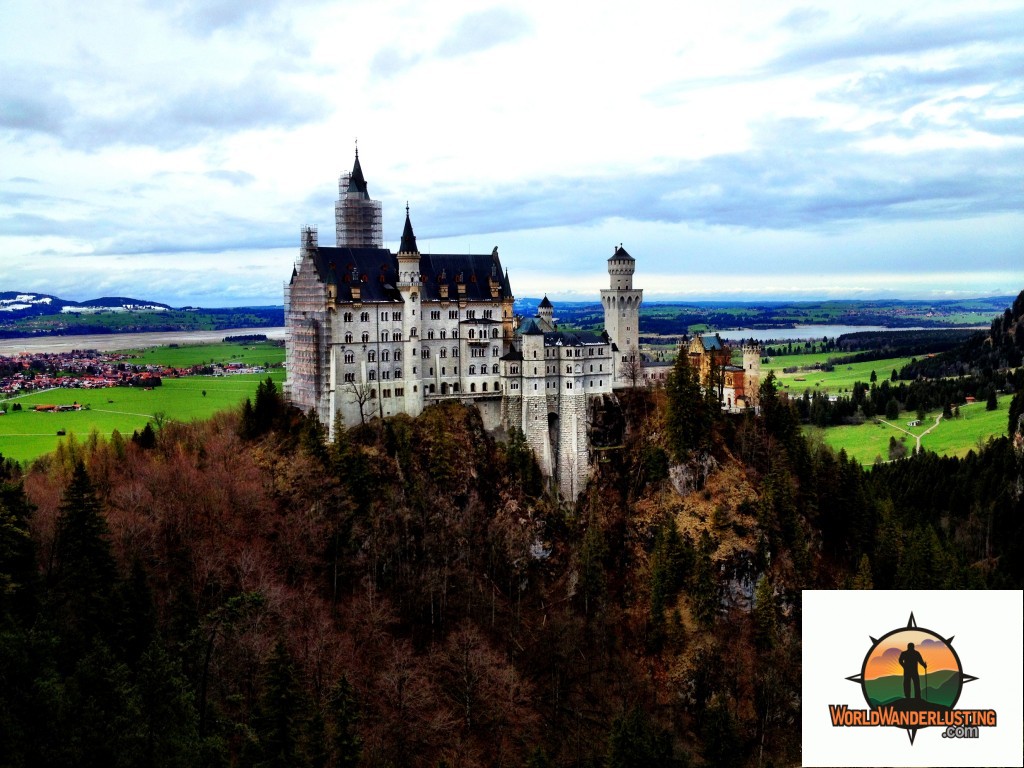 Ludwig wanted to build a castle in the style of the historic German knights – and he seems to have achieved that objective.  Neuschwanstein could likely be the inspiration for many of these homes – having been opened to the public in 1886 after the death of its creator, King Ludwig II.  It’s likely also the inspiration for the Disney castle.

And as phenomenal as the building itself is, the setting may be even more so – it is nestled into a stone outcropping in the mountains of Bavaria, Germany – close to the border of Austria.

This has to be one of the most idyllic places on earth.  You can wet your wanderlust whistle with more at http://www.neuschwanstein.de 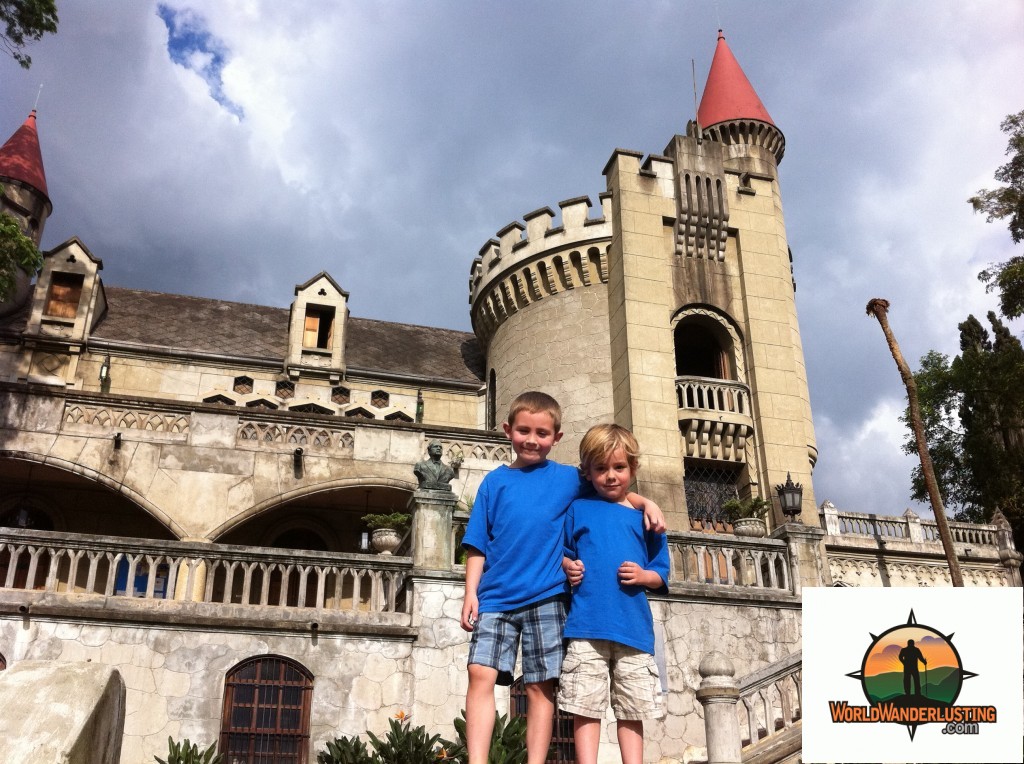 My boys at El Castillo

El Castillo is an imposing home right in the middle of the city of Medellin, Colombia.  It was built by a textile tycoon.  The grounds surrounding the castle are as awe-inspiring as the home itself.  And while getting there is likely more expensive (in points, not actual cash – of course), the entry is a fraction of what you’ll pay to enter the others – maybe $4 depending on the exchange rate.

The One You Can’t Get In: The Pinnacle: Bozeman, Montana 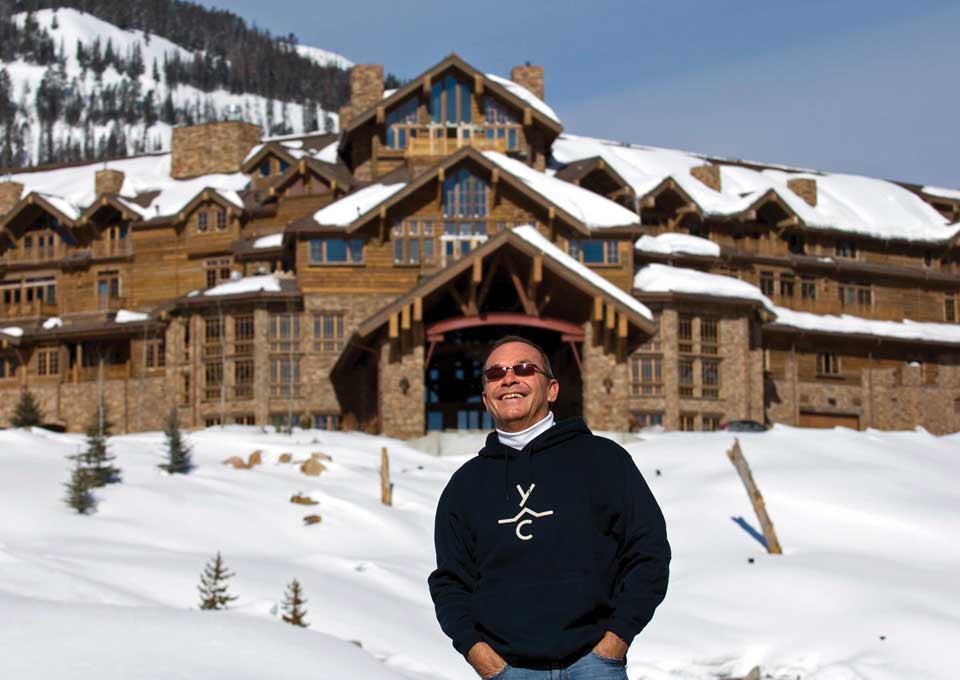 Tim Blixeth created an ultra-high-net-worth home exchange club he called “The Yellowstone Club.”  His home?  The Pinnacle – a $150 million mansion outside Bozeman, Montana.  It includes its own ski lift and mountain, among other extravagances.

Enjoy this picture, because it’s likely the best view you’ll ever have of it.

Thanks for wanderlusting with us!

This entry was posted in Eight Great. Bookmark the permalink.

1 Response to Eight Great Rich People’s Houses You Can Visit, and One you Can’t