Who are the Bloggers Behind Worldwanderlusting? Part II Sheldon & Family

Last week Brad gave you the low down on his entire family.  Hopefully you enjoyed it and you’re ready to hear about his younger brother. 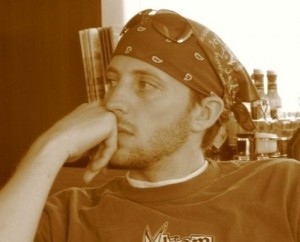 I’m the third of four close brothers.  It was a great spot to be in.  I watched two older brothers learn the hard way, and heard them wail about wooden spoon spankings.  There was even one occasion in which the paddle broke over Brad’s behind.  You better believe that I never made that mistake!  My three brothers are some of my best friends.  I couldn’t have asked for anything better.

Just like Brad, I had a paper route that cost me more money than I made.  It did teach me to work, which has been valuable throughout my life, but surely didn’t pay me anything.  I was always a good student, and had lots of friends (I paid them good money to be my friends).  During my senior year I was elected to be the class president of Idaho Falls High School.

Shortly after graduation I was called to serve a mission in the Paraguay, Asuncion Mission for the Church of Jesus Christ of Latter-day Saints.  This is where I picked up my Spanish, a love for people, some great friends, and some tapeworms (just kidding).

Upon returning from Paraguay I attended BYU-Idaho and received a BS in Business Finance.  I’m a nerd.  I spent more time in the library than sleeping at home.  The Last of the Mohicans soundtrack was the best for studying! 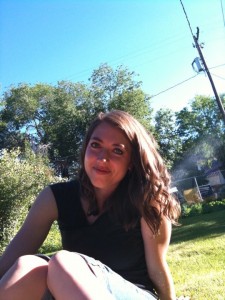 She’s the oldest of five children, and the only girl in the crew.  As a young girl she enjoyed drawing, princesses, and Barbies.  She has always been creative and thoughtful.

Her family moved to Omaha, NE when she was a small child, and she still has memories of her time spent there. Fate would bring their family back to Idaho, which was something that helped me to find her!  They settled in Rexburg, Idaho where Shae has lived most of her life.

Cheerleading was a passion for her in high school.  We laugh about it sometimes because she’s not the typical “plastic” blonde cheerleader.  She enjoyed the sport of cheerleading, and still tries to get me to watch Bring It On from time to time.  Shae even spent time on the debate team one year, which shows that she has a well rounded skill set.

Her beauty isn’t the only thing that is stunning.  She was also a nerd, phew, which meant that she spent many nights at the library too.  It’s funny that we didn’t meet there for all the time that we both spent there.  In 2010 she graduated from BYU-Idaho with a BA in Communications.

Shae is an absolute sweetheart.  She’s constantly concerned about those around her, and how she can help them.  Our son is treated like royalty, and he receives her full attention all day long.  Her kind and compassionate personality easily creates friends.  Basically she’s the bomb.

It was my final semester at school, and I was starting to get nervous.  You see, in the Mormon community most people are married at 21.  I was about to turn 24 and hadn’t been married yet, which made me a menace to society.  I had one more class to complete a cluster in politics.  I elected a class that was taught by a close friend thinking that it would be an easy class.

Walking into every class you’re always checking out all the babes in your class, right?  I sat in the front of the class so I could scope out the situation in this Legislative Branch course.  I spotted a cute brunette who was also sitting close to the front of the class.  Apparently it had been less like a “spotting” and more like a “stare” because she caught me looking at her and responded with a cute smile.  Somehow she caught me later in the class, and gave the same smile back.  I wanted it!

At the end of the class I wanted to visit with her, but she had already taken off.  By the time I entered the hall, she was already far away from me.  I used my missionary walk (10mph) to catch her on the way home.  She would tell you that I chased her down, which is probably true, but don’t tell her I agree.

It wasn’t very long before we both knew that things were going to get serious.  I’m a slow mover, so she had to basically propose to me or else we’d still be dating. 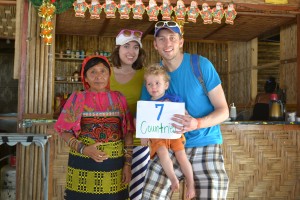 This lucky character has already visited 7 countries.  Most Americans haven’t visited 7 countries and he isn’t even 2 yet!  If you count the places that he visited while he was a bun in the oven then you could say he has visited another 6 countries or 13 total!

He is one of the most active 2 year olds I’ve ever seen.  We take him to story time at the library and all the other children are listening intently.  He’s running up and down the halls and throwing rocks in the fish pond.  He must constantly think about Cars like his daddy thinks about travel. All day long he is saying “Cars,” “Mater,” “McQueen,” “Luigi,” and “Guido.”

His little smile will melt you heart, and his hugs (if he ever stays longer than .5 seconds) are precious.  Being a father is much more than I ever imagined it would be.  I feel so fortunate to have this little one in my life. 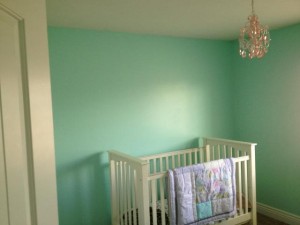 We’re expecting another addition to our family mid summer.  This time the colors will be pink instead of blue.  My wife is excited because she’ll now be able to crack open the massive Barbie collection that she has to play with our daughter.

The room has already been painted, and the chandelier has been hung.  Now we have to get some pink clothes and prepare emotionally.

Even with the additions to our family  it still hasn’t stopped us from traveling.  Many people say it is impossible.  I’d tell them that it’s not if you’ve got the willpower.  Surely it stops us from taking trips to Iran, but doesn’t keep us away from everywhere.

Worldwanderlusting has been a passion for me since I took a trip to Barcelona in 2001.  Trevor, who did a guest post for us two weeks ago, lived in Barca at the time, and invited me to visit.  Those three weeks changed my life forever.  Since then I’ve thirsted to visit more new places all the time.  I constantly think about my next trip, and the one after that.

When you’ve got a desire to travel, you’ll make it happen.  Too many people would love to, but make excuses all their lives.  Stop making excuses and start making plans.

4 Responses to Who are the Bloggers Behind Worldwanderlusting? Part II Sheldon & Family