Who are the WorldWanderlusting Bloggers? Part I: Brad & Family

For months and months, my wife Nicole has insisted that I ought to spend more time on the blog familiarizing our audience with who we are. As she usually is, she was right. Sheldon’s post on our Facebook page about the paint in his daughter’s room garnered some 38 likes and a dozen comments – far more than posts which contain instructions to obtain thousands of dollars in free travel – a quandary which I may never fully understand.  Apparently, people like people… well, so be it.

You who follow WorldWanderlusting diligently still know very little of us.  You know we come from parents who taught us frugality.  You know we live in the frozen tundra of Idaho Falls.  You know we have an insatiable wanderlust.  But we don’t often share details that might allow for a deeper connection and understanding of who we are and why we do what we do. 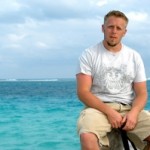 I’m the oldest of four boys – all explorers, boundary-testers, and hellraisers, as my mom will attest.  We had and still have a tight-knit family, bound by a touchy-feely kind of love and a shared zeal for life. My travel adventures as a child were limited – lots of roadtrips to Salt Lake City, the obligatory pilgrimage to Disneyland and a brief visit to Tijuana – the only memory of which consists of me using my allowance to buy some gumballs that tasted of brown sugar and dirt.

I grew up working construction for my dad, delivering newspapers, and waiting tables.  I bought atomic fireballs for a nickel and sold them at school for a quarter.  Any interest I had in sports was foregone to work to earn money that I never spent. I always loved being outside – hiking, camping, and rock-climbing. I had a subscription to Outside magazine – something that aroused an early interest in scuba diving and traveling.

I went on a mission for the LDS church to the northern part of Spain, spending most of my time in the Basque Country and learning the Basque language in addition to Spanish.  I got a degree from Boise State University in Communications and worked as an aide to Idaho Governor Dirk Kempthorne before returning to Idaho Falls and starting a career in the Investment Advisory business.  I’m still very political, serving on the Ammon City Council, and taking on other obligations that I have more passion than I have time for.

I’m very social and fun-loving, and spend the better part of my days with a wide smile. I love to have meaningful conversations and make new friends. 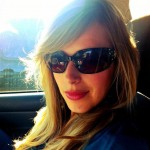 Nicole is also the oldest in her family – a family that was hardly strangers to travel, or better-said, moving.  She was born in Louisiana and lived there, Utah, and Germany before she was six years old and settled in Rhode Island.  She went to a different school for almost every year of elementary, and as I’m sure you’ve already surmised, her father was in the military.

When she was 16, her family moved again, this time to Idaho, where Nicole says she finally felt “at home.” She played basketball and ran hurdles in track – athleticism which she now manifests in volleyball skills that shock and awe people who swear she plays like she’s 8 inches taller than she is. She went to Boise State for a time before becoming distracted by a certain boy who she married and generously put through school.

Today she is a consummate mother, loving, teaching, and caring for our four adorable children. She pours over parenting books, and then actually puts the knowledge into action, raising our kids in exactly the way I’ve always hoped for and never personally mustered. She’s as good at being a friend and a wife as she is at being a mother. She’s empathetic, patient, and wicked-smart.  Honest and forthright, she’s exactly the kind of person everyone wants to be with.  I barely deserve her.  It’s only through careful and calculated cunning that I’ve managed to keep her.

As a freshly-returned missionary, I saw the social dance class at Boise State as the perfect opportunity to meet hot girls.  As a girl with a boyfriend who was reluctant to dance, she saw it as an opportunity to learn how to dance.  I know it’s cliche, but from the first time I set eyes on her, I knew I would love her for every moment of the rest of my life. It did, however, take some convincing to get her to see it my way.

I lined up directly across from her on enough occasions for her to clearly see that my interest in her was unabashedly beyond that of a dance relationship, and her eyes lingering on my fixed gaze, hinted that such a thing might be possible.

After four months of fending off my subtle advances, her defenses finally conceded and I willfully raided with a plan of attack that would impress even Napoleon. I insisted that she spend an hour with me – a date at a science museum that allowed us both to understand just how much we enjoyed being with each other. When she reeled in the confusion of being caught between two courtiers, I sent her with a sealed envelope, the contents of which were the lyrics of a carefully-chosen song which perfectly expressed my emotions: To Make You Feel My Love, by Bob Dylan.

Two verses into the song she knew, as I knew, that we were meant for one another, and here we are, 12 years later, ever more in love than we were that day. (If you’re a borderline stalker and you’d like even more detail on this story, you can read it all on my relationship blog, www.DailyCharmer.com) 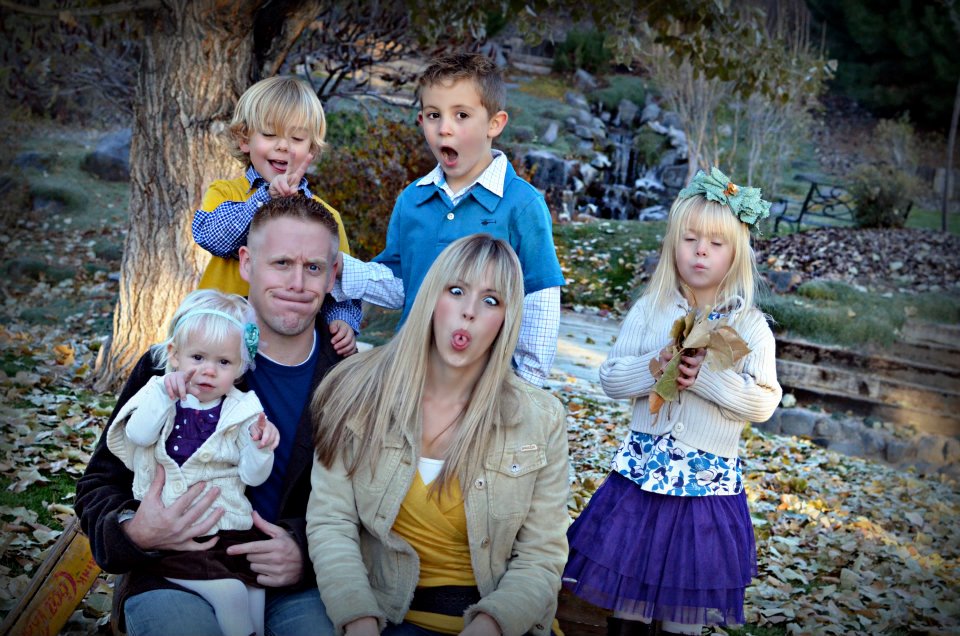 Our first child was born in October of 2004.  The night he was born I tried to get Westley to watch the Tampa Bay Buccaneers on Monday Night Football.  Unfortunately, he wasn’t all that interested. He’s eight now, and still takes little interest in football, but he’s got a mind for all things science, and more personality than most adults.  He is friendly and outgoing, smart like a criminal, and gets more love notes from girls now than I did when I was twice his age.

As luck would have it, Wes got a brother two years later when Miles came along.  Miles has had a button nose since the first day we met him, something I worried about at first, but now contributes to the kind of cuteness that stops everyone dead in their tracks.  He’s loving and obedient, charming like a gentleman, and he’ll play catch until my arm’s ready to fall off.

As if by design, God saw fit to add some girls to our family.  Arabelle came five years ago. She is spunky and beautiful enough to get away with it.  She got her dad’s blonde hair and blue eyes and her mom’s fierce sense of independence.  She is a ball of fire that will warm you and sometimes even burn you.  She’s full of life and as fun-loving as they come.  She never met a butterfly, unicorn, or flower that she didn’t love.

Belle needed a partner in crime, and she wound up with a senior partner.  Claire is more often known by her nickname, Clairezilla.  She’s double the work of all our other kids put together. She too, can get away with it, though, because there’s not much cuter on God’s green earth.

Why We Do What We Do

Mark Twain wrote, “Travel is fatal to prejudice, bigotry, and narrow-mindedness.”
St. Augustine wrote, “The world is a book, and those who don’t travel read only one page.”    Muhammad wrote, “Tell not how educated you are. Tell how much you’ve traveled.” 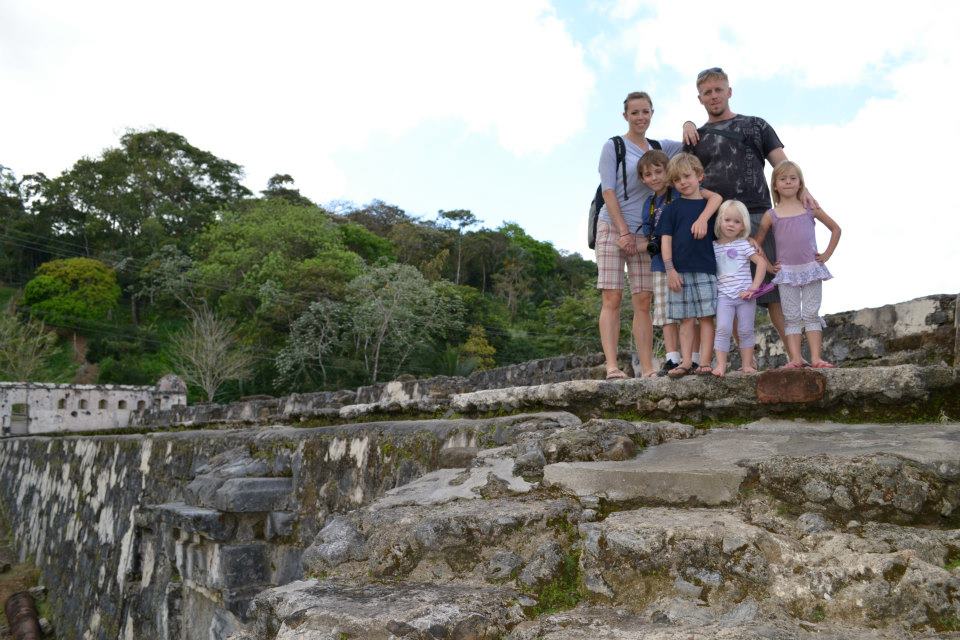 We love to read books.  We love to meet people.  We love to understand cultures.  It doesn’t scare us to find that people are different from us, in fact, it intrigues us, and we feel like it makes us better people.  I want my kids to know that there’s more to the world than what they can experience here where we live.

I’ll never forget the moment I uncovered the fact that in other languages, not only do people use different words to express themselves, but they also express themselves differently.  It meant something to me that has stayed with me. It meant that our understanding is relative to our knowledge, and our knowledge is relative to our experience.  It provoked me to seek out some experience.

Travel can be many things; it can be adventure, exploration, education, but ultimately it’s all experience – experience that makes life richer.  That’s why we’re traveling.  It’s the same reason we take the time to painstakingly document the process – to inspire you to join us.  We love wanderlusting.  For us it’s not something passive, its something possessive.  It grips us and we grip it back. Not only do we pass it along, we foist it on others.  We beg people to join us in giving ourselves experiences and we hope that in the end we’ll all have richer lives for it.

3 Responses to Who are the WorldWanderlusting Bloggers? Part I: Brad & Family