Delta, American, United, Southwest, and JetBlue are all common names in airliners, but Frontier Airlines is one that is commonly overlooked.   Because of this some people might refer to them as the ugly stepchild.  However, you should probably give them another look because they have some great features.

(Quick Disclaimer: We do earn a commission for the Frontier Airlines card and would definitely appreciate if you’d use our link)

Although Frontier Airlines doesn’t fly everywhere, they do have quite a few destinations across the country.  They definitely do better in the middle of the country and in the Southwest than some of the other areas. 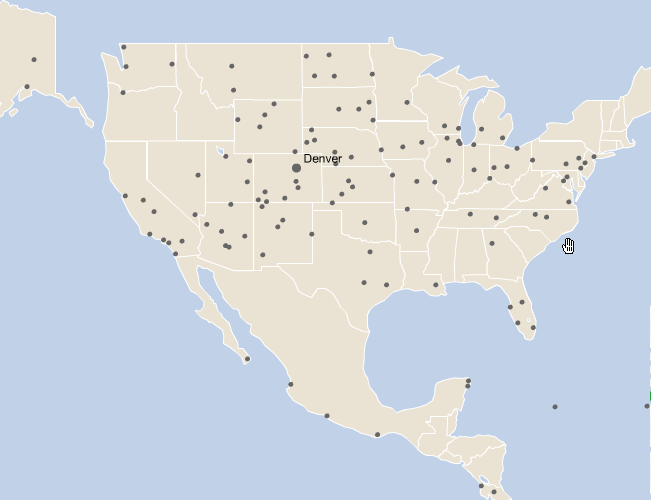 Their international destinations are constantly growing, but right now they service Costa Rica, Mexico, Jamaica, and the Dominican Republic.  For anyone who wants to get out of the cold…any of these will work.  Long winters in Idaho definitely drag on and on.  It is luxurious to take a flight to someplace warm during those long winters.  These guys can take you there.

Their interactive route map can show you where you can go from all of their destinations and the stops that you have to take before you can get there.  For example, Frontier flies directly to Denver and Cancun. This makes me really want to take Frontier directly to Cancun, as it wouldn’t even require a layover anywhere.

The 40,000 doesn’t sound too exciting, but it can get you quite a few places.  A roundtrip ticket in the US will you 20,000 of your EarlyReturns.  You still have some baggage fees and a $5 tax to go with the itinerary.  You could also use the miles to get to one of their international destinations, which takes 30,000 of your miles. 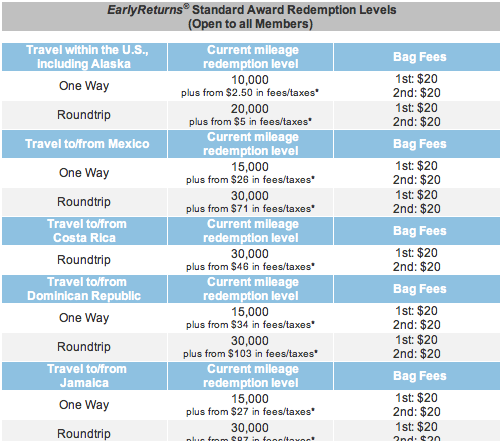 As an additional benefit to the Frontier Airlines Card you can also get a 5,000 mile discount when booking a companion on your exact same itinerary.  So your companion will get a flight within the US for 15,00o miles and 25,000 for the international destinations.

It’s super nice that your bonus will allow for two flights within the USA as long as you’re both traveling on the same itinerary.  That will burn up all of your 35,000 miles, but it is always nice to have two roundtrip flights for roughly $150 with everything included.

What other benefits come with flying on Frontier Airlines?

Frontier offers complementary beverages, but basically everything else is going to cost you.  Their menus are more affordable than the other airlines, so buying something isn’t completely out of the question, but I’d recommend finding something good on the terminal before hitting the flight.

Their inflight entertainment costs based on the amount of time that you’re on the flight.  I’d recommend you load a few videos on your iPad and bring that along instead of paying for the mediocre videos.  It’ll save you a few bucks, and you can be sure to enjoy the movies.  The last movie I watched on an airplane was LAME.

Look.  Frontier Airlines isn’t going to be your primary airline that takes you across the world, but they do fill a niche spot in your quiver.    They will work well for a couple of flights within the US, or a quick trip to a warm destination during a cold winter.