Meet & Learn about Jessica of Suitcasesandsippycups.com

Jessica, the author of Suitcasesandsippycups.com, is a blogger who travels with her children.  Their wanderlust has taken them across the globe, and four children haven’t stopped them.  Her witty writing, mixed with travel tips, will be useful.  We invite you to subscribe to her blog. 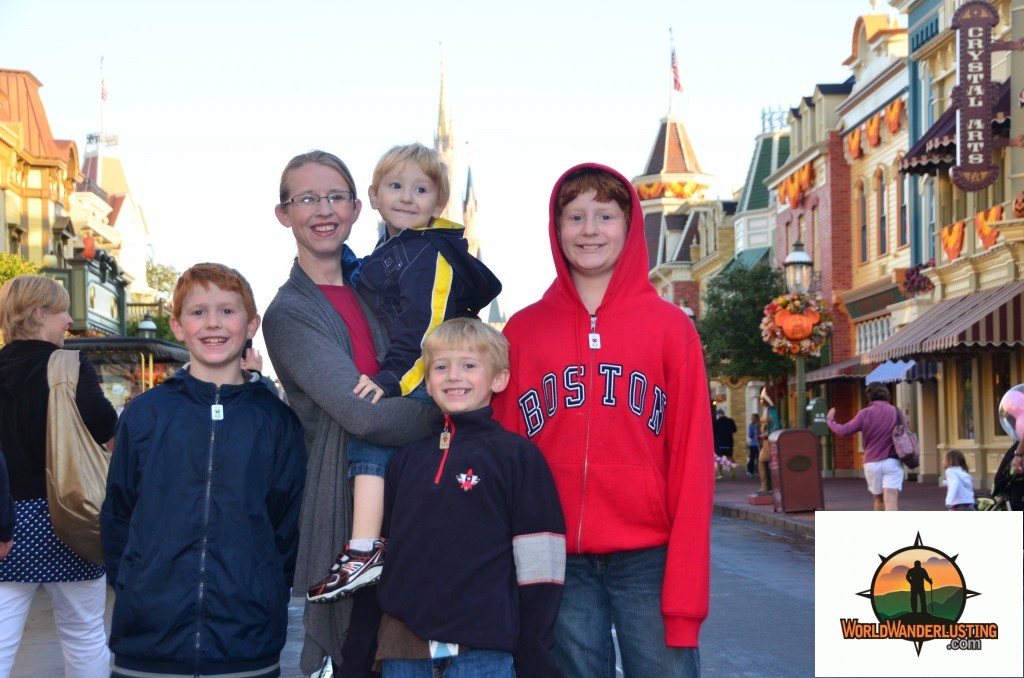 Jessica and the kiddos

Tell us about yourself – how did you catch the wanderlust?

I think true wanderlusting-the kind that makes you feel more alive when you are exploring a new place-I think you are born with that. But, at some point, that fire has to be ignited, and that happened for me in the eighth grade. That year, our class was a guest in the library as the librarian shared photos and stories from her most recent trip to the concentration camps of Europe. As she described in vivid detail the sights, sounds, and smells of the trip, I was enraptured by the idea that I could get on a plane and go to the places that I had read about in books. Even though I had never been on a plane or even left my home state, I was hooked.

As a made for TV movie ending, I actually married that librarian’s youngest son, and we went on to wander together as a couple, and then as parents of four boys, ages 12-3. Having children has done nothing to curb our wanderlust. In fact, it has intensified it! As a parent, I have the most awesome task of framing my children’s perception of the world. They are counting on me to provide them with experiences that generate growth. Whether it is the first taste of a new cuisine, or a trip to an ancient monument, travel is a living lesson that they are citizens of a world filled with wonder. Traveling is a way to say without words: “Go! Grab Hold! Savor every moment! Be Inspired!”

How do you save for/pay for your travel?

We are, quite possibly, the cheapest people ever! We are relentlessly stingy about spending money on “normal” things, so that we can save all our money for travel. We haven’t always been this way, but when the economy took a downturn, we realized we could either ‘keep up with the Jones’ or travel. So, we chose to travel. Even though our family was still growing, we moved into a smaller house. We drive unbelievably trashy cars. We buy our clothes secondhand. We repair things over and over again, rather than buying new. If you looked at our normal life, you would be shocked to know that we had traveled all over the world. It’s because of the one that we are able to afford the other. 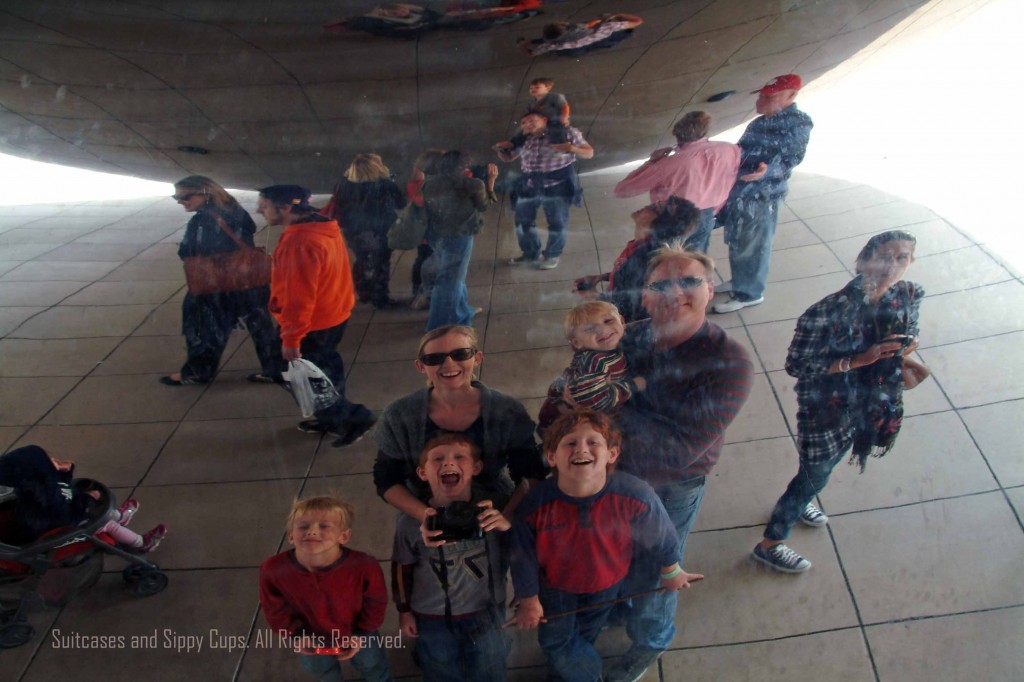 Family at the Bean

What resources do you use in planning your trip?

Trip Advisor is my go to research tool, but in a perfect world it would be easier to access blogger posts about hotels and itineraries. Travel bloggers know travel!

Okay, lobster is not normally thought of as a foreign food, but if you are a kid living in the
center of Texas, whole lobster is apparently very foreign. While we were in Maine recently, we took advantage of the cheap whole lobsters and treated ourselves to two. When they arrived at the table the kids were mortified, horrified, and disgusted. There were dry heaves all around, as one of them exclaimed, “It actually has eyeballs!” Two of the boys actually had to excuse themselves to the restroom. We were completely unprepared for their reaction. I think it is safe to say we can never show our face in that restaurant again!

On a trip to Athens, airport delays dictated that we arrived way after dark. We hoped that our late arrival would not be too problematic. Wrong. We could easily see the lights of our hotel. But, as we looped under the overpass, we would pass the hotel on the other side and head off in the opposite direction while watching our hotel disappear in the rear-view mirror. More than once we tried to make the loop with no luck. My husband I were discussing (read: yelling) about which way we should go next as we pulled up to a familiar corner. “Why don’t you stop and ask those people,” says a little voice from the back. Standing on the corner were two professional women. In order to make their availability quite clear, they were beckoning to us to come closer in such a way that made their occupation unquestionable. “Do you think they are cold?” asked a practical little voice from the back. “If you go to sleep, I’ll pay you $5,” I begged, hoping that the questioning would stop. I slumped down in my seat, and implored Gary to please drive faster.

He was inappropriately amused at my discomfort with our situation. Having been a traveler all his life, he had been exposed to all varieties of corruption, so he was unabashed. It seems impossible, but it took us three more loops around the hotel before we finally found the secret entrance. Each time we passed the ladies on the corner, although by the third time around we had revealed ourselves as stupid lost tourists and not interested customers. Honestly, if I had thought they spoke any English, we would have taken the little boy advice and asked them for directions. 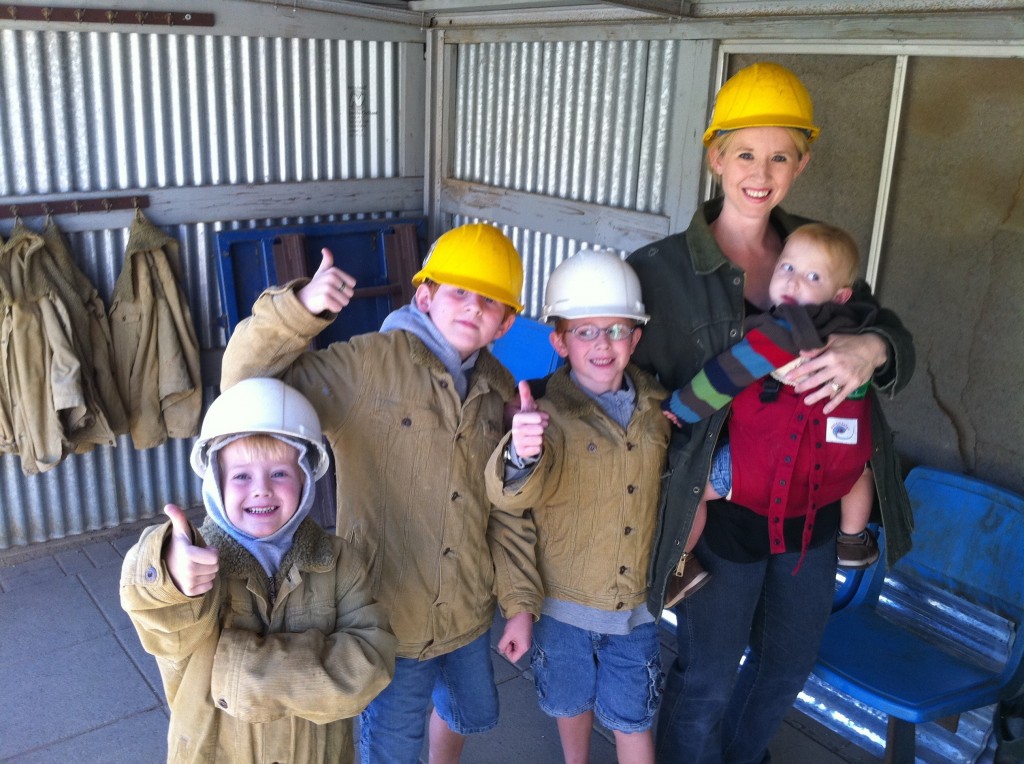 Jessica with the Kids at the Mine

What is the best beach on earth?

Ko Olina Lagoon in Oahu. It’s a “private” beach that is part of the Marriott Resort that is
nearby, but locals visit the beach all the time for the luxury and the protected swimming the lagoon offers for families.

What is the most intriguing cultural experience you’ve ever had?

There are so many, but the ones that stick out in my memory are when my kids interacted with kids in other countries. Kids are just so open an unencumbered by the things that hold us back as adults. One time, we were picnicking near the Roman baths in outside Rome, and the kids were playing among the ruins. They spotted another little boy about their age and soon he was joining in their play. They spoke English, he spoke German, everyone around them spoke Italian, but somehow they found a way to communicate through the universal language of “play.”

Alright, we’re headed back to Hawaii, but this time, to the North Shore. You can do all this in one day or space it out over several days. Driving around the area of Oahu that the locals call “the country” is the best way to get a feel for the authentic Hawaiian culture. Stop first at Dole Pineapple Plantation-it’s touristy, but its fun for the kids and you can eat pineapple ice cream. Then, you want to tune your radio to a Hawaiian station and get ready for some amazing vistas. The first town you will hit is historic Haliewa, a genuine surfer town where you can shop for authentic souvenirs. Shrimp Trucks and Shave Ice are two treats you will want to sample on the way. Next stop is Turtle Beach, where you can actually see giant green sea turtles playing in the waves and sunning themselves on the beach. After that, you’ll head to Waimea Valley, and take a chilly dip in the sacred Waimea Falls. Turtle Bay Resort is the next stop and they have a perfect cove for novice surfers to take lessons or try out a board. The last stop is the Polynesian Cultural Resort for a luau to end the day.

What travel gadget could you never do without?

GPS, no question. I have directional dyslexia. And, yes that is a real thing. Look it up. 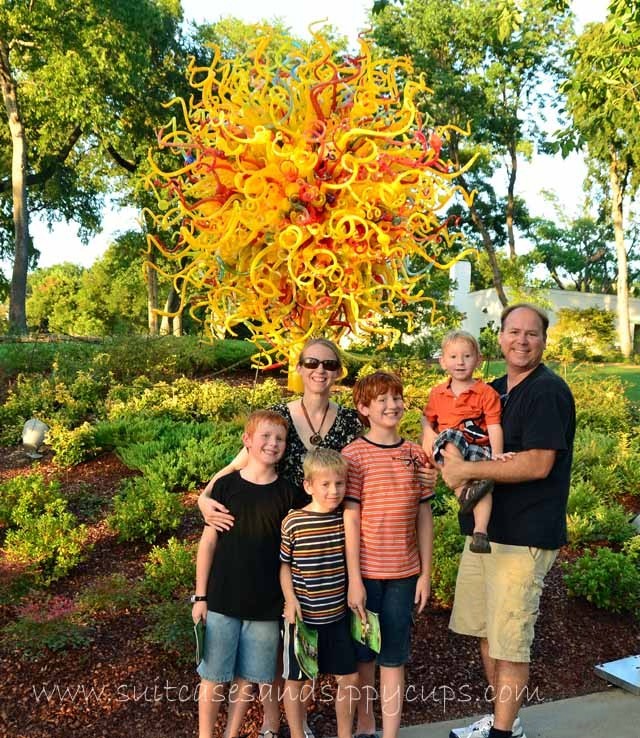 What book(s) have you read which really provoke the wanderlust?

Jack Kerouac’s On the Road and Thoreau’s Walden. Although, I can only read Thoreau in small doses. Man, that dude could talk!

Do you have any legendary travel souvenirs?

Yep, our youngest son! He was a souvenir we brought home from a trip to DisneyWorld. After waiting for two years and being told that having more children was medically impossible, we think he is pretty legendary.

Once again, we encourage you to visit her blog and subscribe to her engaging writing style, and wonderful picture.  You can find her at suitcasesandsippycups.com.