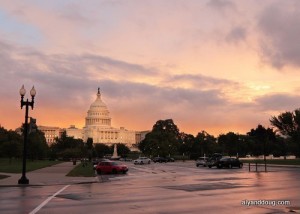 Although America’s history isn’t near as seasoned as the history of Mesopotamia, it is something we all long to see. One deterrent from taking the trip to our Nation’s capital is the cost. You probably ask yourself, “How can I afford to pay $120 per night for eight nights?” But, what if I were to tell you that you could visit Washington DC, Baltimore, Lancaster county, and Philadelphia for free with Starwood Preferred Guest points?

Now that you’re skeptical, let’s take a look at the current offer from the Starwood Preferred Guest® Credit Card from American Express.  Currently you get 10,000 Bonus Starpoints by making your first purchase. You are then awarded an additional 15,000 Starpoints when you meet the minimum spending of $5000 within the first six months. By signing up for the card with Worldwanderlusting.com you get a total of 25,000 Starpoints after meeting the spending requirement.

The map of our journey on this American History Tour 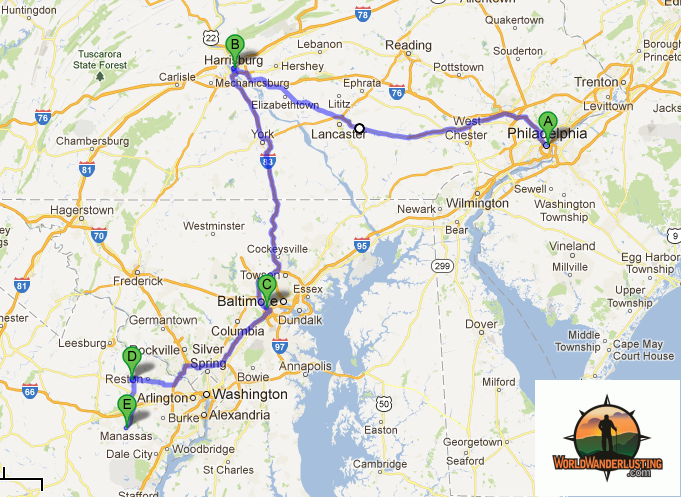 Here is the itinerary

Sure you might not be staying right next to the White House, but parking in the big cities is usually expensive, and the hotels are less likely to give you anything for free as you get closer to city center. Stay on the fringes and you generally will get more perks like breakfast, internet, pool, etc.

Get your good nights rest at one of two hotels in the Philadelphia area. You can stay close to the airport at the Four Points, or you can stay on the Northeast end of town at a different Four Points. Either way the nights will only take between 3-4K points per night.

Whichever one you pick will work just fine as long as you fill yourself with a couple of delicious Philly Cheesesteaks.  They can be found basically anywhere in town, and especially at the places like Independence Hall.  I prefer to leave off the fungus, but I know too many people who like to eat them.  Envelop yourself in the history of this town.  This was the location where they drafted the Declaration of Independence and they signed in in 1776 on July 4th.  Just going to the room where they signed the document almost has a holiness about the place.  The cracked Liberty Bell is also a must see.

If you’ve got time and plan FAR in advance you can also tour the mint where they coin money for the USA.  Plan on watching an Eagles football game, a Phillies baseball game, or a 76ers basketball game while you’re there. 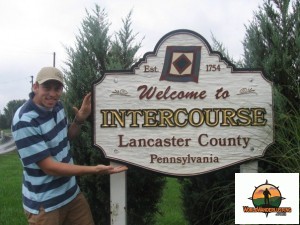 Me in Lancaster County

Very few places on Earth are yet to be touched by technology.  Remote areas of the Amazon jungle, small islands in the seas, and Lancaster County, Pennsylvania are amongst those yet to be touched.  Culturally you’ll visit few places where you can see a culture that has been avoided the influence of the changing world.  Plan to eat dinner at Good ‘N Plenty, where you’ll have family style dining like you were at grandma’s. Stop and buy some of their homemade products they sell on the side of the road.

In a land where the light posts are Hershey’s kisses is a place where my wife wants to be!  Take a tour of the Hershey’s Factory in a teacup while you sample some of their delectable chocolate.  Then you’ll find yourself in one of the largest chocolate stores in America where you can get varieties that you never knew existed.  Load up your bags because your family will expect you to bring gifts.

Rest comfortably for 3-4k Starpoints per night at the Sheraton Harrisburg Hershey Hotel.

You’ve got three hotels to choose from right close to the BWI Baltimore International Airport.  All of them take 3-4K Starpoints per night.

You can’t seem to sing the Star Spangled Banner without thinking about Francis Scott Key.  Waking up in the morning and seeing the flag still flying was such a warm, welcoming feeling for Francis that he penned the song that we all know today. 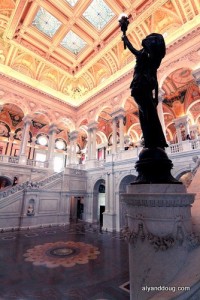 Library of Congress by AlyandDoug.com

This may or may not come as a surprise to you, but this hasn’t always been our nation’s capital.  It became the capital on July 16th, 1790, and has been since then.

You’ll never run out of museums to visit, places to reflect, or buildings to admire.  This is where our President lives, and you’ll find him at the White House on Pennsylvania Ave. Many of the museums have free entrance, and the national mall (not a shopping location) is a must see sight.  This is the location where Dr. Martin Luther King Jr. stood for civil liberties and marched on the Capital.  You might recognize this place where they swear in our President every four years.

Plan your trip and space your time at each museum.  You can always count on Wikipedia keeping track of the current museums that can be found in DC.  Stay at the Aloft Dulles Aiport North for only 3-4K per night.

Don’t let cost be the issue for your ‘never happening vacations.’  This just proves that you can stay in four locations close to the history of America without paying for your hotels.  Don’t dream about taking a vacation when you turn 65, unless you’re 64.5, you need to get started now.  The experiences that you take with you in this life will be the things that you will remember.

Start worldwanderlusting with us and get the Starwood Preferred Guest® Credit Card from American Express. The Starpoints will give you eight consecutive nights at these hotels, so don’t worry about staying only one night at each location.  Take your time and enjoy two nights at each place!