This is a guest post by our fellow wanderluster, John. John has followed WW for more than a year, and got in on the Citi AAdvantage card deal to stock up on AA miles in early 2011 – miles that took him and his wife to Costa Rica earlier this year. 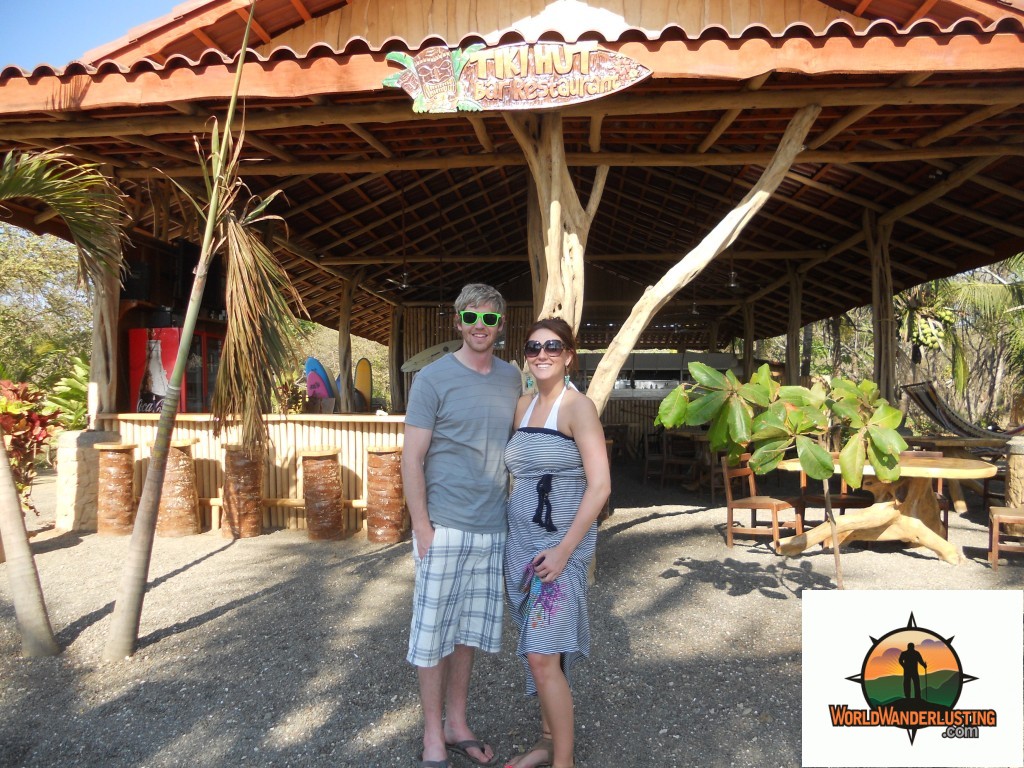 We decided to fly into Liberia because the flight times from there better matched the times we wanted to stay and go back.  It used the same amount of AA points and we could avoid the big city of San Jose.  Small airport, very easy to find your way around.  I did a bunch of searching to find a good deal on a car rental due to the mandatory TPL insurance they charge.  Most companies won’t tell you this amount until you arrive and you’re locked in a price.  I worked with Luis Diego at www.4x4rentacar.com;  I got a 4×4 Daihatsu Bego for $400 even.  This was a deal because most places I found for an equivalent car for 8 days were $500-$650+.  Everything involving the car went smoothly.  I met a guy there who was blindsided and paid $1200 for a 10 day car rental…eek. 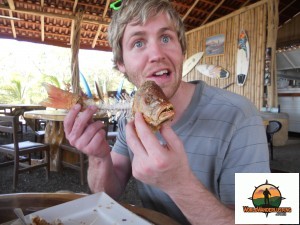 We were more than anxious to head straight for the beach. Our GPS (which I downloaded maps for previously) took us on the straightest path, although not the fastest.  We found ourselves on a dirt road with quaint little houses every 3-4 miles.  We found an incredible restaurant on the beach where I had fresh fish for dinner…it was incredible as my expression clearly indicates.  We stayed that night right on the beach in Playa Guinoes.  The next day we went to Playa Samara.  This was an incredible little town with plenty to do.  We could’ve stayed here the whole time and been happy.  The people were great, the fruit stands were cheap, and the food in open-air restaurants was fantastic.  We only stayed here one night because we wanted to see a lot, but looking back it was one of our favorite places. 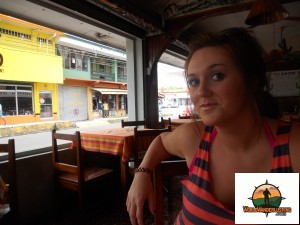 We drove all the across the Nicoya peninsula and stayed in a town south of Jaco called Esterilles Oeste.  Our hosts at our hotel were very friendly and happy to have us, although we had to drive down some crazy alley ways to get there.  We spent that day on the beach and in Jaco.  We made frequent stops at the local grocery store and made friends with the surf shop and rented gear for a fraction of what it would have cost in the states.

The next day we got up and drove down to Quepos and stayed at the Best Western…the first place we could flush our TP down the toilet!  We checked out Manuel Antonio!  Anybody who knows CR knows how beautiful this place is.  Definitely worth seeing the incredible beaches and wildlife.  We were only down there for one day and then headed back up to Jaco area where we stayed at a Canadian owned hotel outside the city.  This was also a highlight area.  We were able to chill in the city, cook food at our hotel, and hang out on the beach. 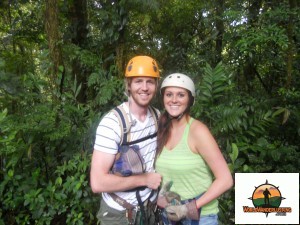 After staying two days in Jaco, we drove north west to Monteverde and the Cloud Forest.  Long dirt road drive, but totally worth it.  We stayed in a little bed & breakfast and checked out the forest and chilled with the locals.  Monteverde had a great atmosphere and we loved chilling in this town and had a little relief from the heat.  We went on the Selvatura zip lines and had a blast, highly recommend!

After just one day and night in Monteverde we had to get back to Liberia for an early morning flight the next day.  We drove back to Liberia and I decided to give Ash a taste of American standard of living and booked a room at the Hilton.  She was in paradise after having slept 7 nights with more than one living thing in bed with her…she was a trooper.  We got up early and headed on home. 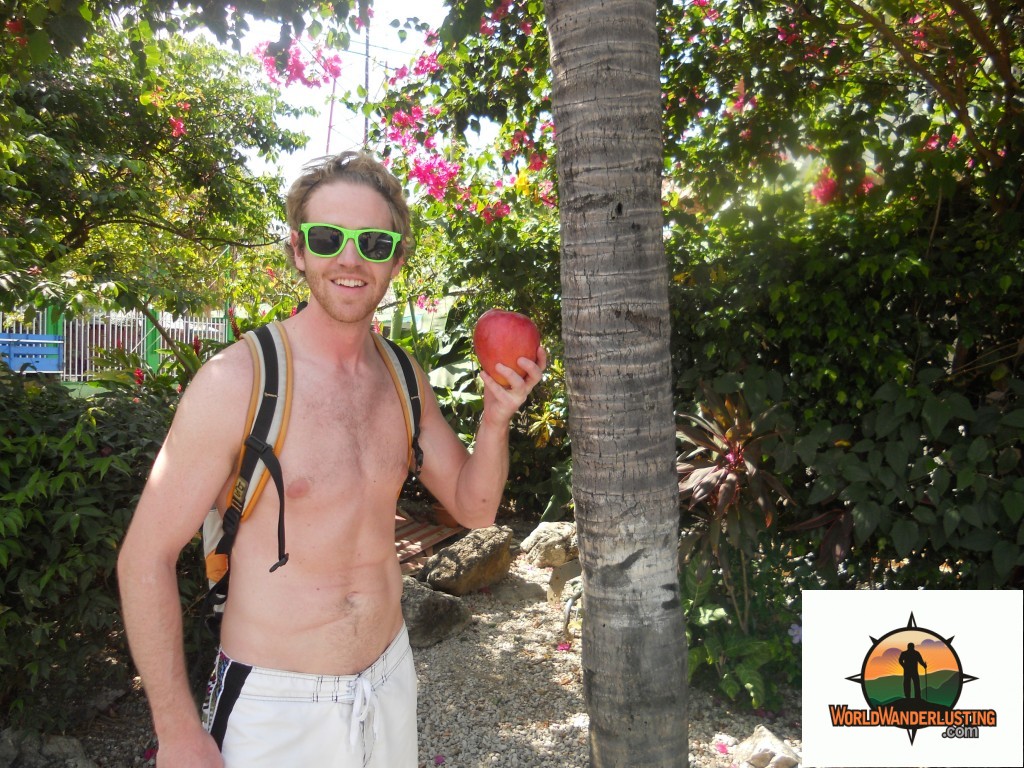 We had an amazing time and enjoyed ourselves to the fullest.  I never did the exact numbers on our expenses, but we stayed 8 nights, 9 days in beautiful places and did amazing things.  We figured we saved about $1600 in airfare costs and with the car rental, hotels, food, and play money, there’s no way we spent more than $1500.  The great thing is that this won’t be the last free trip we take.

This entry was posted in Central America, Cheap Honeymoons, Guest Post and tagged Costa Rica trip, Playa Samara, What to do in Costa Rica. Bookmark the permalink.