When Should you Start Getting Miles and Points?

I’m going to tell you what you already know – that you can’t wait to start piling up miles and points and then expect to get them when you need them.  If you’re joining our army of wanderlusters, arm yourself now so that you’ll be when ready when it’s time to battle monotony. 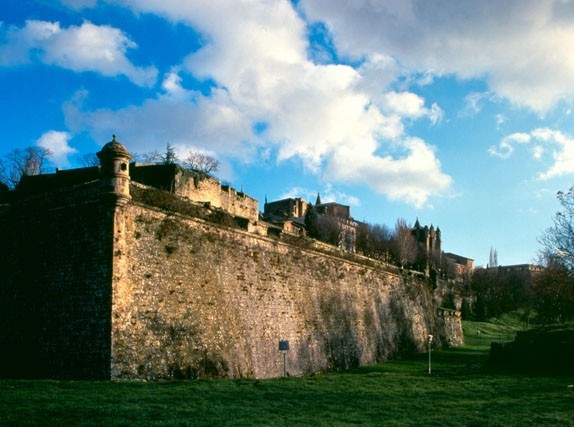 I’ve told you that I have a bit of España-philia (please pardon my dramatic metaphor), so I’ll illustrate with the story of the Siege of Pamplona.  Pamplona is a city in the Basque country near Pyrenees, better known for the San Fermin festival, wherein a cadre of angry bulls chase white and red-clad drunks down cobblestone streets.  It’s also a fortressed city, which was nice to have in the early 19th century when Napoleon battled for control of Europe.  French troops occupied the city in 1813, but Henrey O’Donnell and the Kingdom of Spain wanted it back.  The city was so well-fortified that with a little pinch, the Spanish were able to simply cut off supply lines and leave the French to starve.  Once they had exhausted their supplies and eaten pets and pests, they had no choice but to give up.  Their fortress was worthless once it was empty.  The moral? Prior planning prevents poor performance.

Now, if you don’t have 100,000 Ultimate Rewards you won’t wind up starving, encased by the walls of a stone fortress, with armed oppressors outside.  But… you may find yourself in a vegitative state, surrounded by a sound-dampening cubicle while your friends put their toes in the sand.  I don’t know about you, but to me that actually sounds worse.

But I will say this, I was able to pounce on an incredible combination of deals to get my family booked to Panama in January.  I’m not sure whether it was a glitch or what, but for a moment in May, AA had $300-$400 flights to Central America (50% of normal fares).  Because my UR rewards spend like cash, I effectively doubled their value and booked 6 RT flights to Panama for 54k UR, 60k US Bank points, and $240 out of pocket.  Not bad for flights that would normally cost $4800.

I can’t tell you how many people come to us in urgency, hoping to swing something at the last moment and have found themselves having to spend their hard-earned money on flights and hotels (shameful, I know).

Now, I’m not suggesting that you be reckless in your credit card applications.  We want you to follow the same good advice that we’ve been giving about being prudent, but sensible when it comes to making those decisions.  Ask yourself the important questions:

If you’ve already decided, and you know what you’re going to do, do it.  We’ve seen reward bonuses shrinking lately, and there’s not much to suggest that it will change for the better.

When it comes to registering for promotions we pass along, you’ve got to do that with all the recklessness of a teenage boy.  Shoot first, ask questions later.  We sent so many of you to the Club Carlson promotion, which only took the first 100k and 40k registrants, to pile up massive Gold Point accounts (I’m sitting on a cool 222,000), and yet we still didn’t get enough in the door.  Two weeks had passed before I realized that my parents and my brother had yet to get in on the action (by the way, we’ll soon be helping you spend them).

You need to have an email that you’re not afraid to dole out to every promotion that comes around.  You need to be willing to be spontaneous when glitches drop commas off airline prices.  You need to learn how to think “how can I make that happen” in lieu of “I can’t make that happen.”  These are the traits of wanderlusters.

This entry was posted in Credit Advice, How to Wanderlust, Travel Tricks and tagged Pamplona, Wait to apply for credit card, When to apply. Bookmark the permalink.

8 Responses to When Should you Start Getting Miles and Points?