Everyone talks about having a mid-life crisis in which some guy ends up buying a Harley, a Corvette, or a Convertible Mustang.  My problem is that my mid-life crisis came at age 27.  I hope that doesn’t mean that my life is going to be shortened to 54, but I decided to buy a motorcycle already. 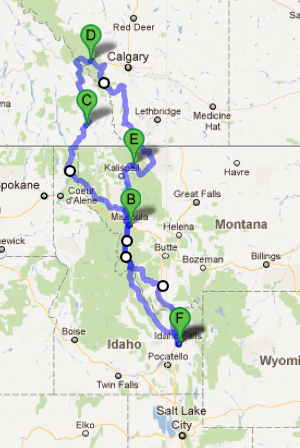 I know that I’ve posted a bit about this already, but there is so much more to share about our entire ride.  It encompassed over 1700 miles in five days.

We started the journey in Idaho Falls, ID and all met together at a gas station to start off the trip with a Red Bull.  The weather was absolutely perfect as we all hopped on our bikes and got ready for the ride.  Our first destination was to get to Missoula, MT for day one of the ride.

Trevor had carefully mapped out the stops, planning each of our nights so we wouldn’t be riding much more than 300 miles per day.  Some days were longer than others, but we tried to keep the average down.  After all, riding is fun, but we wanted to see the sites too. 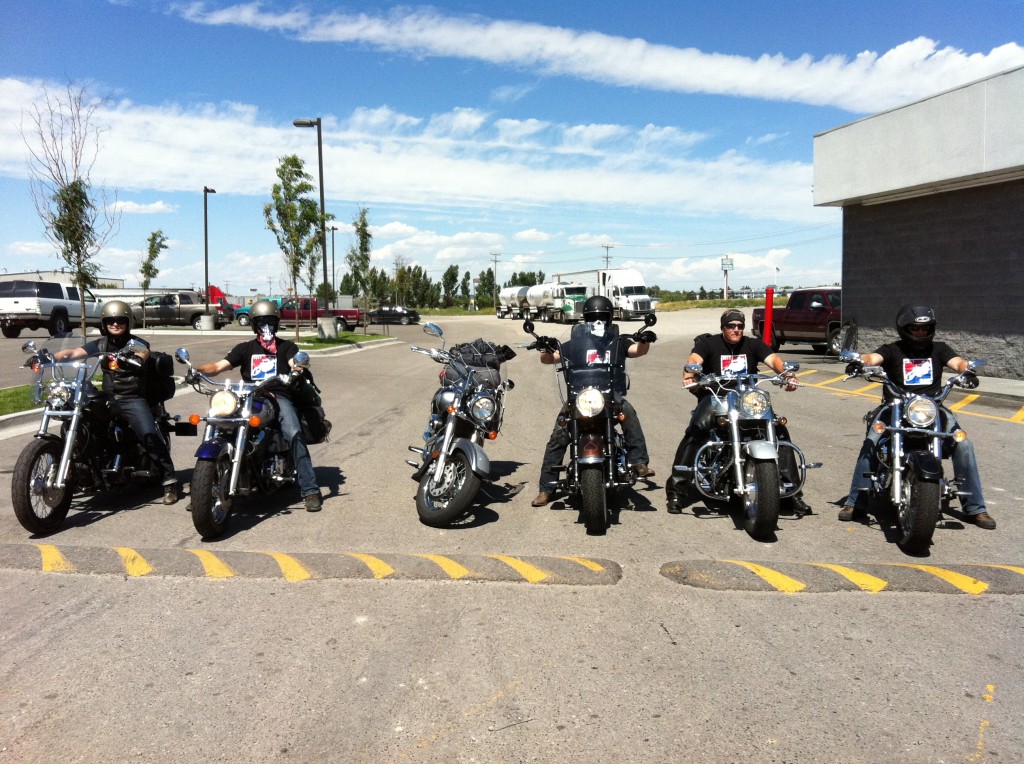 Getting Ready to Ride 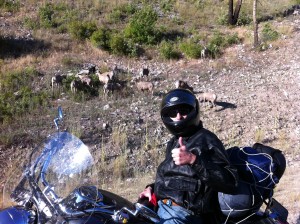 Once we had dropped down into the Bitterroot Valley we stopped to see the pack of bighorn sheep that had just crossed the road. It was precisely for this reason that we avoided driving at night. This territory is known for deer, bighorn sheep, and other big game that roam the roads.

We got into Missoula just as the sun was setting, so we timed our arrival just perfectly.  The sun had just fallen behind the mountains, but the light was still shining on the next range over.  Being a part of a biker crew brings a feeling unlike any other.  Revving the engine and cruising through town makes you feel like a true tough guy.

Pulling into Cracker Barrel for dinner was quite a treat after a long ride.  The waitress gave Trevor a full on massage as we waited for our meals to come out.  She offered free Apple Cider to all of us (Which is normally $2.50 a glass!) and topped off our glasses when they were low.

It seems like getting bikers ready for the morning is harder than getting my wife to speed up with the curling iron.  Someone has to go to the bathroom, someone went to fill up their tank, and another guy is still laying in bed.  Once we all got our stuff together the whole crew took off for our next destination, Sandpoint, ID for lunch. 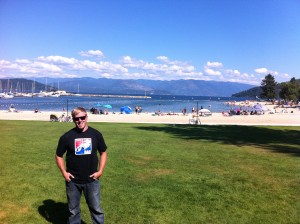 I’m from Idaho and traveled to over 20 countries and 25 states, yet I had never visited Northern Idaho.  This was my first adventure exploring the northern portion of my state.  The bends and curves around Lake Pend Orielle were stunning.  I couldn’t believe the size of the lake!

Luckily Jake survived the Scion that nearly clipped his front tire it went for a pass that was definitely too close.  It is crazy thinking that about another foot and he would have been roadkill.

For some reason there is a need for speed when you are traveling in a pack of bikes.  I’ve never been much of a speeder, but it seems like the whole crew was cruising quite a bit above the speed limit.  I kept up with the group, but never would have set that pace.

Sandpoint offered lunch on the lake at the Best Western Hotel.  Prices were very reasonable and the food was excellent.  As we compared sunburns  and enjoyed our meal we talked about our dreams, desires and aspirations.  Being on the road allows you to think about goals that you have and helps you to remember those that you love.  I spent a moment calling my wife to check in with her and my newborn son who was waiting for me at home.

The drive from Sandpoint to Cranbrook was picturesque at every moment.  Anyone could stop to take a picture anywhere along the road and sell a beautiful postcard.  The mountains are tall, and the valleys are green.  With the wheat crop approaching maturity, we enjoyed granite colored mountains, green trees, and amber waves of grain.  Driving through small town America also gives you an appreciation for our Country and its beauty.  I find it amazing that so many people are able to work together for a common good. 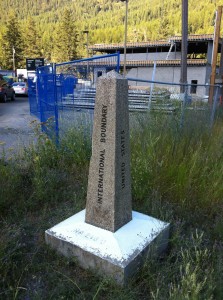 The border between Canada and the USA took much longer than expected.  They required us to get off of our bikes and go into another room so they could do a more thorough background check.  This delayed us more than we had originally suspected, so we knew that we must hurry if we were to arrive at Cranbrook before dark.

I’ve decided that following a river while on a motorcycle is always going to be fun.  The road curves around hills, and follows the river beautifully.  This section of the world is abundant with trees that fill the landscape.  It is stunning.

Cranbrook was rather uneventful and I realized that our Dollar is not doing too well.  One night in the Days Inn cost us $130!  It was outrageous.  The food was rather expensive too, I’m sure it isn’t as bad as the Euro, but it still hurt quite a bit each time you opened your wallet.  I only wish that I would have had some points to use at the hotels in Cranbrook.  Next year I’ll be sure to have accumulated points so I don’t have to pay so much.

Get some awesome hotel points with the Starwood Preferred Guest