The $20 Sandwich Trick – Your Ticket to a Hotel Upgrade

Sometimes getting a super cheap deal on a hotel is as simple as asking for it (and a little sly deceit). 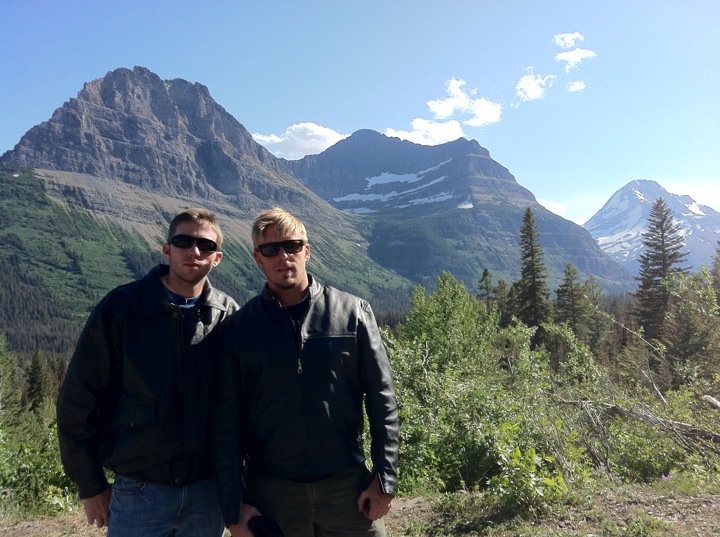 It was the last night of our Motorcycle ride through Banff and Glacier National Park. We’d ridden 360 miles through some beautiful country and were reflecting on it as we partook in our third helping of chips and salsa at a Mexican restaurant in Kalispell, Montana.

As we arose from the table to leave, the conversation turned to where we would sleep that night. We were all stinging from the $280 pricetag of our hotel the previous night in Banff, so no one was anxious about paying much, but it was clouding up and camping didn’t feel like a great option, either. I had checked hotels.com, and our best option was the Outlaw Inn for $87 after taxes. We considered Priceline.com, but with the late hour, it wasn’t an option.

We decided to do our own localized version of priceline and split to see where we could get the best deal at three different hotel options: Motel 6, the Outlaw Inn (hoping we could get it cheaper in person), and Super 8. I know, we’re not exactly classy, but value was our biggest objective.

The Outlaw Inn quoted us higher than the Hotels.com rate, even with some sweet-talking. Motel 6 could work us a good deal on a single bed -$66, but no less than $84 for two beds. I put on my widest smile when I approached “Sarah B” at the Super 8 desk, I told her that we were looking for a screaming deal and playfully told her we’d be pitting her against neighboring hotels. She asked if I had any discounts and started to list them – AAA… I stopped her short and answered, “All of them…” She came in at $77 for two beds and continental breakfast. I told her I’d rendezvous with my party and get back with her.

It was already the best deal, but I thought I’d see if I could push it any further. When I came back, I told her that Motel 6 had come in cheaper, but since I really liked her I wanted to stay at the Super 8. She asked how much Motel 6 was, and, not bothering to say that it was for a single bed, I told her “$66.” She smiled and said, “then I guess I’ll have to give it to you for $65.

I know, this is totally cheesy and slightly ridiculous that I’m pleased enough with a $12 discount to waste all this time making a post about it, but it illustrates a point that I think is helpful for tightwad wanderlusters – Don’t hesitate to be a bargainer. Those people at the front desk have more leniency than they let on.

Getting an Upgrade – the $20 sandwich

Along these same lines, I’ve read about a little trick that can sometimes win you a discounted upgrade in a very nice hotel. It’s called “the $20 sandwich.” When you go to check in, they’ll always ask you for your credit card and identification. Carefully prepare them with an Andrew Jackson squeezed between the two, and don’t forget the “wink-wink.” I’ve yet to attempt this, as most of the hotels I book are in the $60-80 range – and I’m trying to save $20, not spend it… but for those special occasions, it might be worth it. For more details, check out www.frontdesktip.com or www.thetwentydollartrick.com.